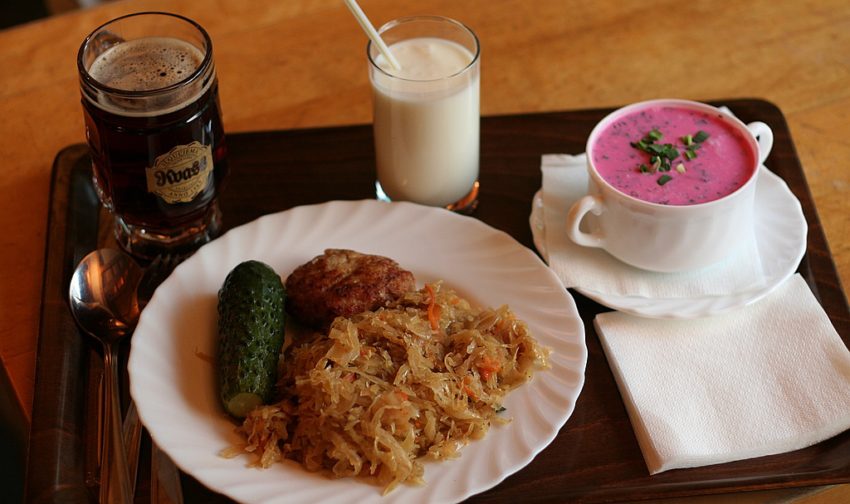 Latvian traditional cuisine is high on protein, a bit heavy and fatty, but highly delicious. Some basic ingredients are meat, rye, beans, potato, all kinds of soup, cheese, sour cream, and cranberry for desserts. And, of course, we cannot forget about its traditional drinks! Here is how a classic traditional Latvian menu looks like:

For starters, Latvians love Pirāgi, a half-moon shaped bacon roll stuffed with onion and eggs. It is usually served with a cup of hot chicken broth. Another option can be the vegetable round tarts known as Sklandrauši. These come generally filled with vegetables such as carrots or potatoes. 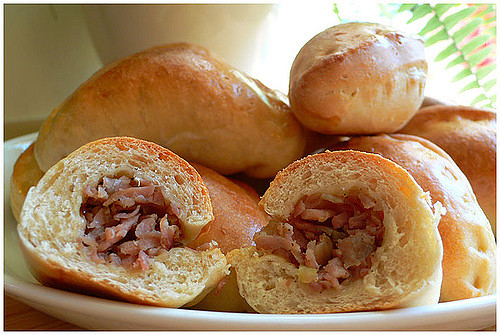 Soup is an important element of the Latvian cuisine, so it cannot be missed in a traditional Latvian menu. Some of the most beloved Latvian soups can be the Cold Beet Soup (Aukstā zupa) topped with some sour cream, very typical in many other Eastern European cultures, or the Meatball Soup (Frikadeļu zupa), which besides the meat includes lots of vegetables such as potatoes, carrots, or celery. 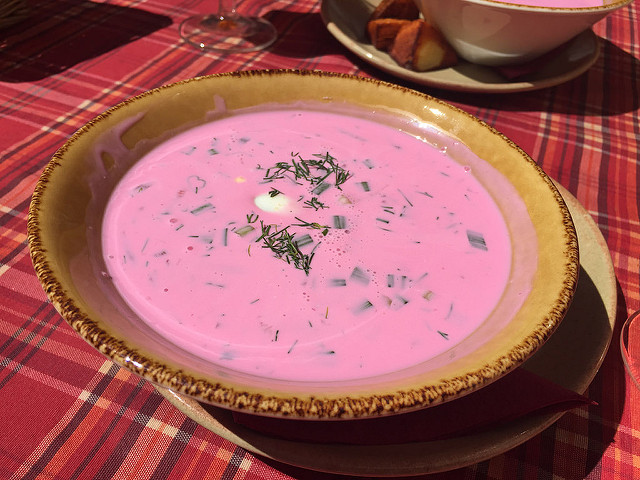 Six words you need to remember: Herring with Cottage Cheese and Potatoes (Kartupeļi ar siļķi un biezpienu). This dish is perfect for a traditional Latvian dinner as it combines all of the most typical elements of the Latvian cuisine: fresh fish, cottage cheese and potatoes. Besides that, it is amazingly delicious! 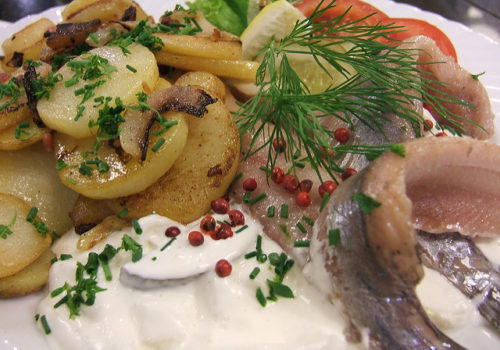 If you are not in the mood for fish, other options for main dishes could include Breaded Pork Chops (Karbonāde), which is one of the most common dishes on Latvian tables; or Groats Porridge (Bukstiņbiezputra), which is made of grain and usually accompanied by potatoes and streaky bacon with cream. Sounds heavy (and it is), but it is worth to try!

Also, do not forget to order some bread to go as side dish with your main meal. Latvians love the dark bread known as Rupjmaize, which is made out of rye and is considered as a national staple. 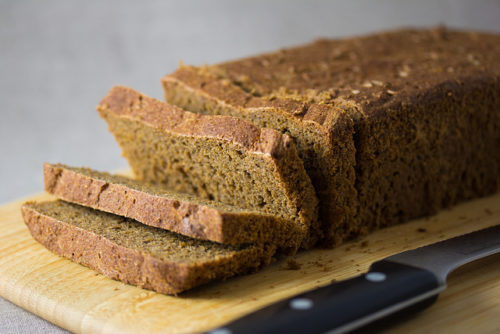 Latvian sweets would deserve a whole different article, but for a typical Latvian menu, these are some of the options of what you can top your meal with:

Potato Pancakes (Kartupeļu pankūkas): Yes, that’s right. Potato is such an important ingredient in Latvian cuisine that you can find it even in you pancakes. Crispy and salty at the same time, you should add some sour cream and berry jam to make it absolutely irresistible. 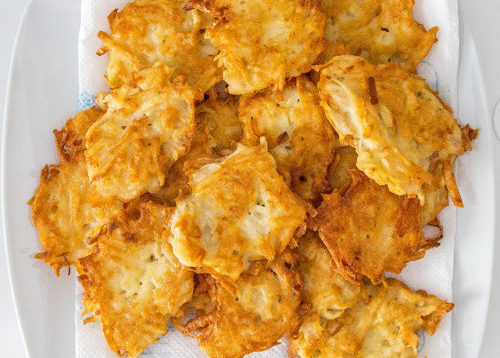 Cranberry Pudding (Debessmanna): This sweet dish will melt in your mouth, as it is really light. It is just some farina porridge with a lot of nice, sweet cranberries!

Layered Rye Bread Dessert (Rupjmaizes Kārtojums): This Latvian delicacy is made out of rye breadcrumbs, which are layered with whipped cream and cranberry jam. It is so delicious that it also goes by the nickname of Latvian Ambrosia, and it is said that the pagan gods in Livonia used to love it! 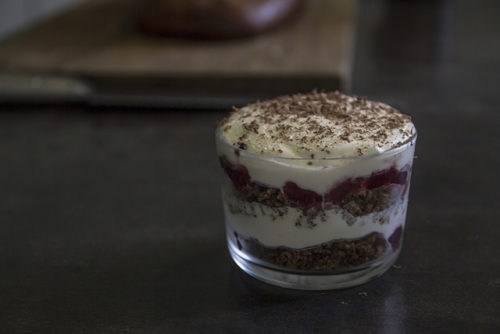 Finally, it is important to know what to accompany your traditional Latvian menu with. If you want to stick to the Latvian drinks, the best options are:

Latvian Beer: The best brands in Latvia are Valmiermuižas, Brālis and Brenguļu; they have a long brewing tradition that dates back hundreds of years. For something a bit more affordable if you are on a budget, Užavas, Aldaris and Cesu Alus are popular local brands you can choose as an alternative to the most fancy ones.

Riga Black Balsam: The secret elixir of Latvia that not everybody can handle. This traditional herbal liquor is made out of an incredible amount of different ingredients. You can have it alone if you dare, or mix it in a cocktail.

Kvass: Another traditional Latvian drink you should not miss. This refreshing drink is made of rye bread (which as you probably have guessed is a favourite among Latvians) with a very small percentage of alcohol in it. 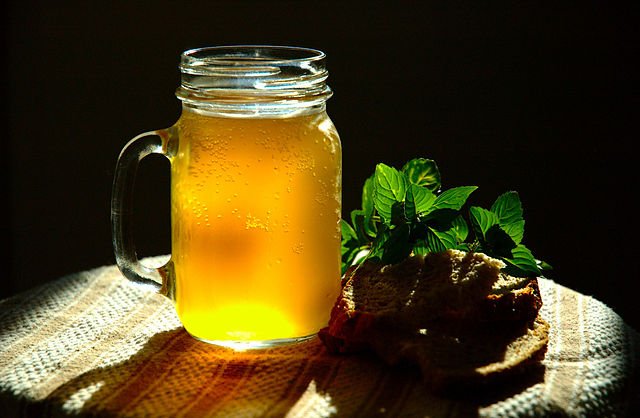 Are you already getting hungry? You can’t wait to have a wonderful menu like this one after day visiting every corner of beautiful Riga? Join the next Baltic Run and drive from Krakow to Tallinn across Poland, Lithuania, Latvia and Estonia in a snow filled adventure road trip!