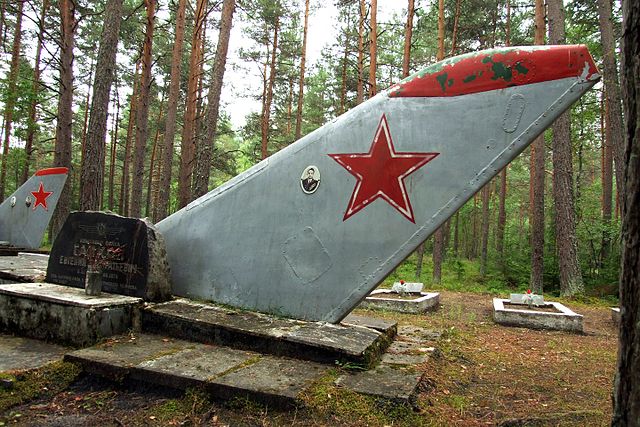 The Soviet era ended only a little more than two decades ago and has left many traces all over the Baltic States. Here is a little guide to some of the most interesting relics from the recent past and the top Soviet sites in Estonia, which will tell you the story of completely different times.

In a piece of woodland in northern Estonia, fins of Russian built combat aircrafts cut through the earth, just like one could dig up the whole airplane underneath. This is the Ämari Pilot’s Cemetery, where Soviet pilots are buried under the fins of the planes they likely died in during Estonia’s Soviet regime.

Ironically, nowadays the nearby Ämari Air Base is used by the NATO for its Baltic Air Policing patrols, to protect Estonia, Latvia and Lithuania from the successors of the same Russian built combat aircrafts, under which so many soldiers have been buried not too long ago. 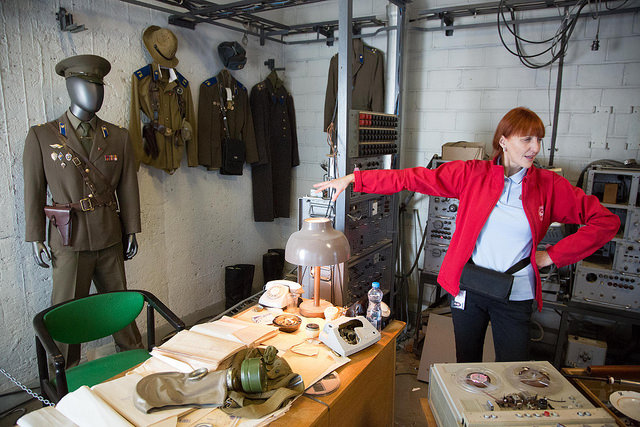 If hotel walls could speak, then how many stories could they tell? In Tallinn’s Hotel Viru hotel, which was opened in 1972, they actually could listen and the stories they told, brought trouble to many.

Very few had access to the “Technical Rooms” of the hotel. Nowadays a sign on the door says “There is nothing here”, which was the usual reply when someone asked unwanted questions about these rooms in the top floor. Then, after the fall of communism and after the KGB, the Soviet national security body, had left the country, it turned out, that these rooms were crammed full of the finest listening equipment of that time and were used to eavesdrop on the hotel guests.

Nowadays it is still a hotel, but the new owners kept these rooms just as they were left by the KGB and tours are offered, during which you won’t only hear about the history of the hotel, but also about the absurdities of living in a surveillance state. So if you want to check it out at the end of the Baltic Run, it makes an interesting stopping point in Tallinn. 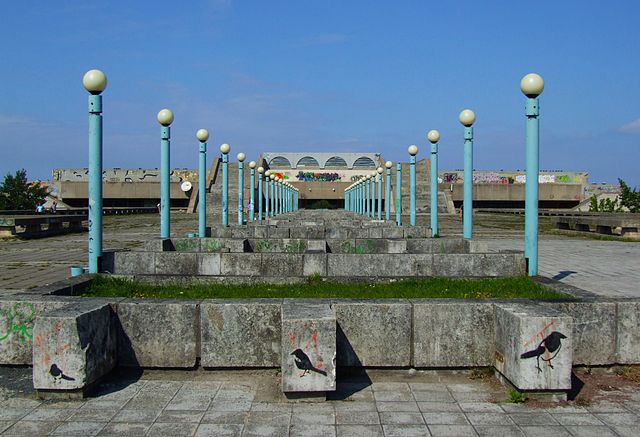 The huge amphitheater was built right at the waterfront of Tallinn’s old town harbor to accommodate the Moscow Summer Olympics in 1980. It was a prestige project, supposed to demonstrate the superior concrete pouring skills of the Soviets to the West – which would have worked out fine, if not 65 of the invited nation had boycotted the Olympic Games, many of them as protest against the Soviet war in Afghanistan.

Today, the hurried construction takes its toll and the huge concrete building is crumbling. Even though there are hardly any events big enough in the city, to fill the amphitheater, locals and tourists like to take the external stairs to the top and use it as a viewpoint for the surrounding city or for a romantic sunset date. 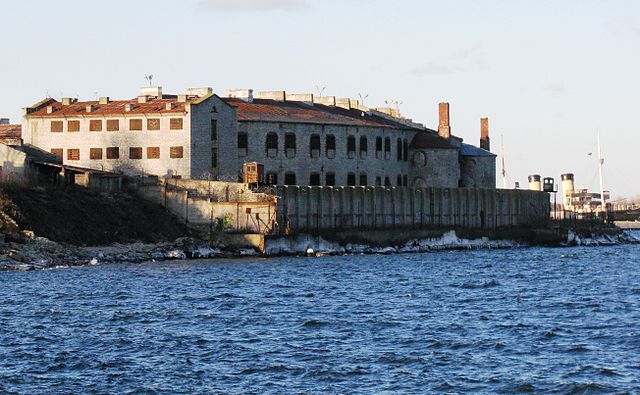 The triangular fortress, which was built as a defense structure on the command of Nicholas I, was completed in 1840. Over the years it served different purposes and became a prison in the 1920s, closed only in the early 2000s. Nothing was changed in the cells and the oppressive atmosphere of the place can still be felt. Guided tours are offered, that might not be recommended for the overly sensitive ones.

Today the fortress houses not only the museum, but also a sauna and a bar with sea view. The area was transformed to a cultural park, where festivals and events are hosted. It changed from a symbol of repression to a hub of social life, where tourists and locals equally enjoy their free time.

Little is known about this former Soviet base in Türisalu, about 30 km west of Tallinn, except one thing: during the Soviet era, it was the home of short and medium missiles with nuclear warheads, pointed at Europe and ready to be fired.

The place is quite isolated and has been abandoned for years. There is no touristic infrastructure like restaurants or hotels around, so visiting is an adventurous journey into the past.

Built by Russian military between 1956 and 1958, this submarine base near the small village Hara, about 7 km east of Tallinn, was used till around the time of Estonian independence in 1991. Abandoned ever since, it has been exposed to time and the Baltic seasons, which turned the base into the paradise for urban explorers that it is today.

This daunting remnant of Soviet history can be found in the City of Tartu. Seemingly an unsuspicious house from the outside, the “Grey House” was used by the KGB in 1940s-1950s to detain suspects of political activism in the basement, before they were sent off to Siberian work camps or executed in the back yard.

Returned to its original owners in 1991, a part of the basement cells, punishment chambers and corridors were restored to their former shape and are open for visitors since 2001. There is also an exposition about the Estonian resistance movement and the crimes of the communist regime, where plans for deportations operations, flyers of the anti-communist underground and other old photos and documents are displayed.

Paldiski, a little town at the shores of the Baltic Sea, houses today about 4000 people. Only the wide spread relics of military bases hint at its former significance as Soviet Navy nuclear submarine training center with two land based nuclear reactors, employing about 16.000 people. Because of its military importance it was a “closed city”, surrounded by barbwire, off-limits to foreigners and non-resident Estonians till the last war ship left in 1994.

Liked this article? Getting itchy feet to travel and find adventures? Then join us on the next Baltic Run. Then get a team together and lets see you at the starting line! If you want to join us in spirit, like us on Facebook or follow us on Twitter to keep up with our latest antics.
Tags:
Ämari Pilots' Cemetery baltic Baltic countries Baltic States Estonia Hara Submarine Base KGB Museum Linnahall Museum of KGB Cells Paldiski Patarei Sea Fortress-Prison soviet relics soviet sites Tallinn Türisalu Missile Hangar