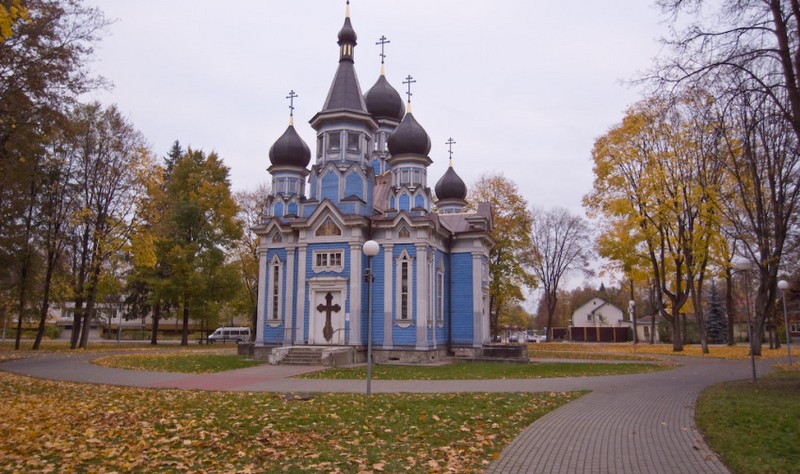 You are going to cross a number of cities and towns during your Baltic trip through Lithuania- but, besides the famous Vilnius and Kaunas, there are many other small Lithuanian towns that are worth the visit. So, here are some of the most beautiful and special spots of Lithuania: 5 Lithuanian towns you shouldn’t miss!

The town of Rumšiškės has barely changed since the 14th century, which gives it a unique medieval charm. It is located right between the forests and wetlands of the Kaunas Reservoir Regional Park, surrounded by stunning natural spots where you can go for long strolls and awesome views. The town itself is full of antique houses, rustic wooden cottages, and little stone squares to relax under the Baltic sun. It is also an important stop for its Ethnography Museum, which is one of the largest in Europe and includes part of the town. 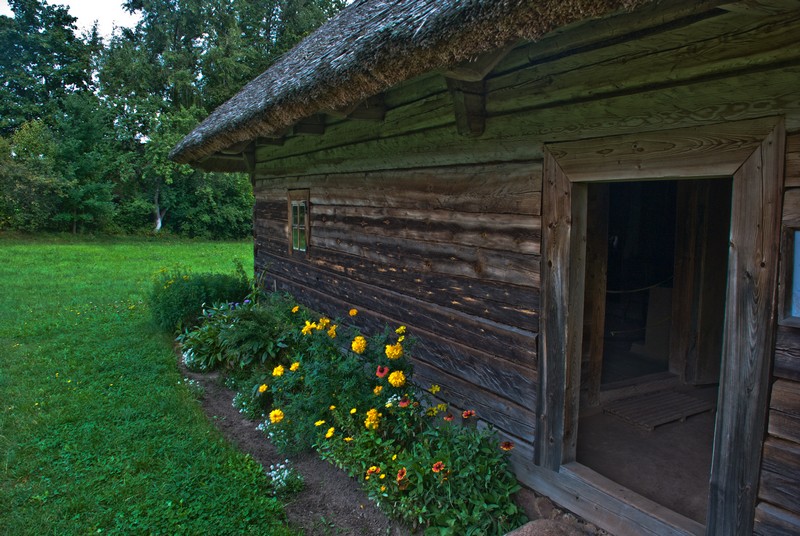 Farm House part of the Ethnographic Museum of Rumšiškės. Photo by Phillip Capper.

Palanga is widely known in the Baltic countries as a summer beach resort. Located in the western coast of Lithuania north of the bigger city of Klaipeda, it is a popular and friendly place to grab some cocktails and lie on its beautiful golden and long beaches. The key element of this town is entertainment, so will find in there an endless offer of restaurants, bars and touristic rides. However, if you are looking for a more cultural approach, you can also visit its Sculptures Garden, where one can find 28 contemporary Art statues by artists from Armenia, Estonia, Latvia, Lithuania and Ukraine; the exotic botanical garden, the Amber Museum (Palanga is one of the main producers of amber of Lithuania due to the amber pieces that arrive to its shore, a phenomenon explained by an old Baltic Legend that you can read here) or the Anaičiai Ethnographic Cemetery. 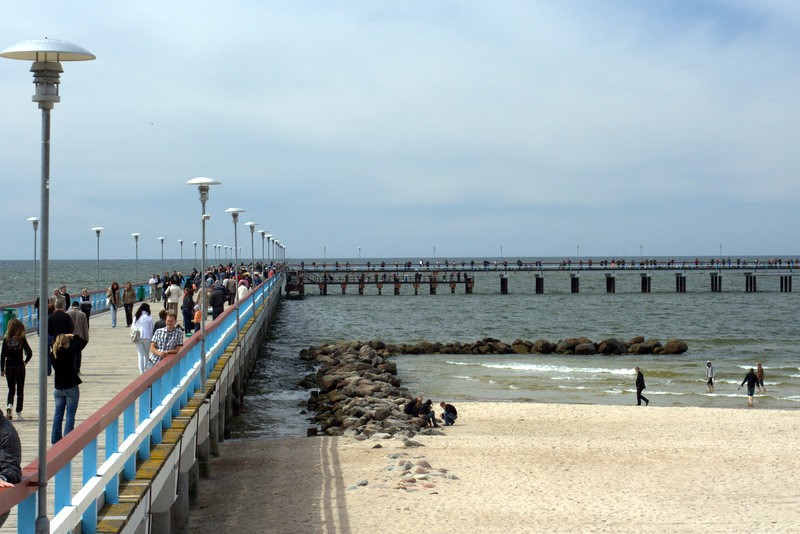 Druskininkai- The Tsar of the Spas

The town of Druskininkai is located at the south of Lithuania, surrounded by its neighbors Poland and Belarus. Its fame goes beyond the national frontiers as it is acclaimed as one of the best Lithuanian Spa Resorts. The origin of this location’s fame comes from the 19th century, when the city was declared as the official health resort of the Tsar of Russia Nicholas I. Of course, the presence of the Tsar quickly caused that many rich people and nobles of the time decided to build their own houses and mansions in the area, so they could be closer to the magic waters, rich in zinc, calcium and other natural healing elements. Therefore, besides the wonderful Spa that you can today enjoy as if you were a Russian Tsar, the town itself is a beautiful and elegant place full of beautiful mansions and surrounded by stunning meadows and wild forests. Druskininkai Spa Town will be the spot where the lucky participants of the Baltic Run will celebrate the New Years Eve! 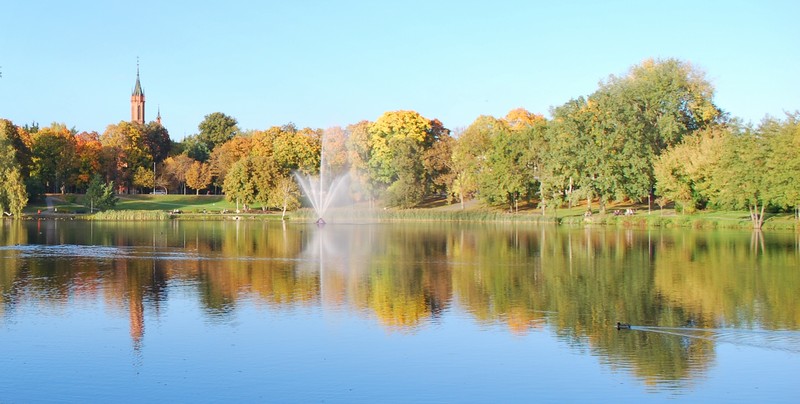 Moving again towards the western coast of Lithuania, you will find Šventoji next to the ocean, between Palanga and the border with Latvia. Small and cozy Šventoji is a traditional fishing village that is representative of all the fishing Baltic tradition, a rather popular occupation in the old days. Nowadays, many tourists come to this village attracted by the lovely coastline, the historical Neolithic excavation sites (it has a important amount of archaeological remains), and the proximity with the famous Latvian Pape Nature Park that is just a few kilometers to the north across the Latvian border. Šventoji is crossed by a river, named after the city, which flows into the Baltic Sea. Finally, as a good fishermen village, another one of its touristic attractions is the 39 meter tall impressive lighthouse located on the beach that helped the boats to find the port. 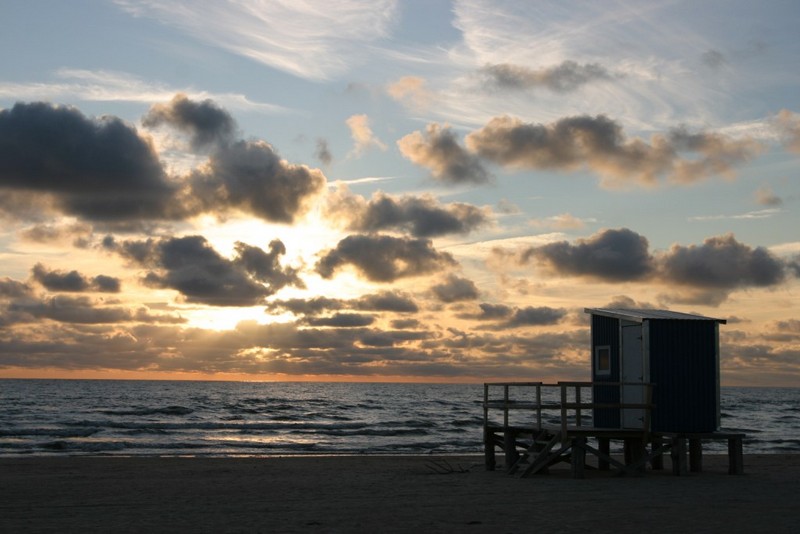 Raseiniai is located on the south-eastern foothills of the Samogitians highland, north from the Kaunas–Klaipėda highway. It is one of the oldest cities in Lithuania, as it was mentioned as a settlement in medieval chronicles (already in 1253), with the names of Rushigen, Rossyen, and Rasseyne. Raseiniai has a long Jewis heritage: it was among the first Jewish communities established in Lithuania, and the city, which is known in Yiddish as Raseyn, became known as the “Jerusalem of Zamut.” Nowadays, in the area that surrounds the district of Raseiniai, nature lovers  find the Dubysa River, in which it is possible to practice canoe sports through its many loops. In the slopes of the river there are many castles mounds, such as the ones of Betygala, Lyduvėnai, or Ariogala. 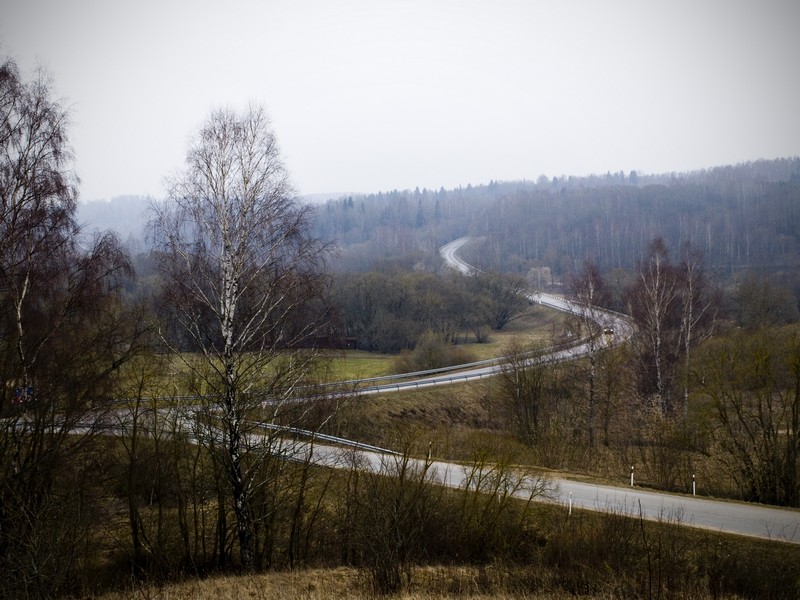 Can’t wait to see these awesome places with your own eyes? Join the next Baltic Run and race across Lithuania and its neighbor countries in a great journey full of new experiences and wonderful spots like these ones!

Liked this story? Are you getting that itch to travel and go on an adventure? Then join us on the next Baltic Run. Find a team of like-minded crazies and we’ll see you at the starting line. If you want to join us in the virtual world then drop us a like on Facebook or follow us on Twitter to keep up with our latest antics.
Tags:
baltic Baltic adventure Baltic countries Baltic States beach Druskininkai Fisherman towns Lithuania lithuanian beach lithuanian beaches Lithuanian cities Lithuanian towns Lithuanian villages medieval towns Palanga Raseiniai Rumsiskes Sventoji

one response to 5 Lithuanian Towns You Shouldn’t Miss