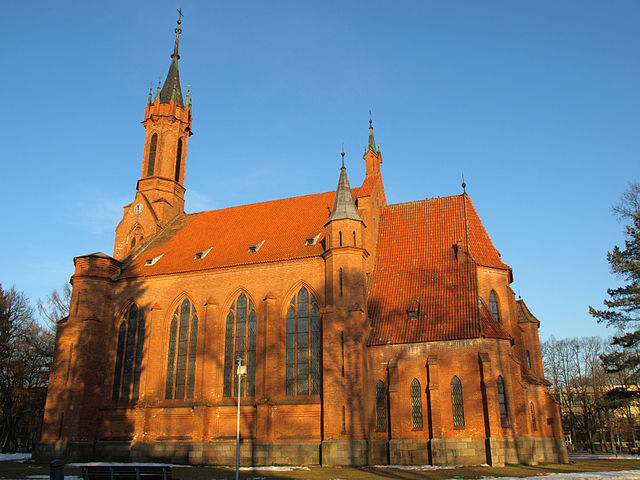 Some of you may have looked our proposed route and noticed we’re spending the New Year in the Lithuanian town of Druskininkai. I can see what you might be thinking: “why there”?

We often pick our rest day to do as it says on the tin – rest. Sometimes this involves staying in a place we want to take the time to visit properly, and would be sacrilege to just drive through for one night, and others it’s really to get a spot of much needed chilling out.

We think Druskininkai is the perfect venue to bring in the New Year with, both at night and the day after. It’s a historic spa town located on the border with Poland and Belarus, which has been the playground of Lithuania’s bourgeois elite in the 19th century. Today, locals from Vilnius like to come down on the weekend to detox from city life. 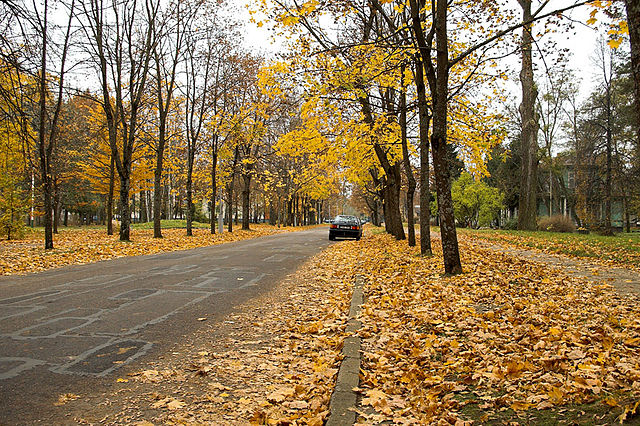 Like many of the towns and cities in the region, Druskininkai has quite the historical pedigree. It was supposedly inhabited in the early Middle Ages, when a castle was built in the 13th century, but the city was only officially mentioned in the 17th century. The name came from the Lithuanian word for salt, due to the mineral abundance in the waters.

Because Druskininkai has an abundance of natural mineral waters, it eventually became a spa town over time, and became a key holiday retreat for residents in Vilnius, especially trendy in the 19th century.

However, once Lithuania joined the USSR, the town took a more proletariat turn, where it became a health resort with huge sanatoriums for the sick. Since the fall of the USSR, modern-day Lithuania is trying to bring back the former glory to the town, and it looks like it’s regaining its old charm.

All about the water

There are no grand sites to tick off from the guidebook. The charm found in Druskininkai is subtle, in its old buildings, peaceful streets and natural beauty found in and around the town, where the local landscape is rich in rivers, lakes and rolling hills covered with forests.

However, the spas are another matter. Sure, there are some Soviet-era sanatoriums, but today’s baths are all about pampering and luxury. The Druskininkai Health Centre is one of the largest, and has all kinds of massages and treatment types, as well as some unique detox programs – great for recovering from the New Year’s party! They also have an Eastern oasis spa nearby. Another popular spa is the Spa Vilnius SANA in the centre of the town, with plenty of wellness packages thrown in for good measure too.

One other must-see stop off point is the Mineralinio Vandems Biuvet, a fountain where you can drink the magical water. The Dzūkija Fountain inside the building, which is a round green building decorated with stained-glass windows and mosaic flooring, supposedly carries healing and magical powers. Close to the fountain, for the more vain among you, there is also the Fountain of Beauty, which supposedly promises eternal good looks… not a bad way to start 2015. 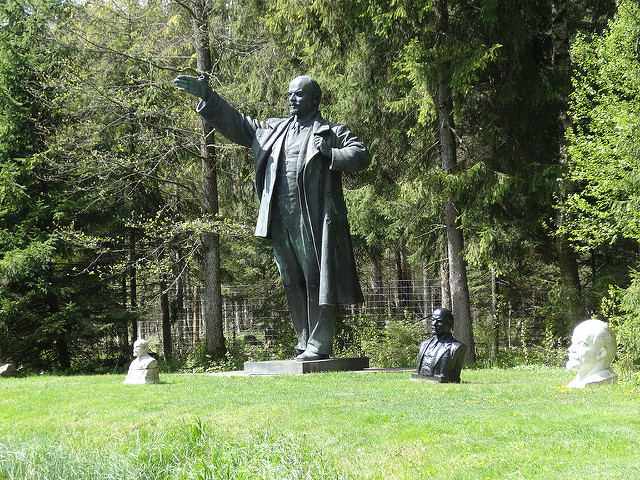 Now, you may have noticed we’re interested in some of the Soviet history in the region, and we can’t miss out visiting Grūtas Park just outside the town. The unofficial, but commonly used, name for this park is “Stalin World”, housing a collection of bronze sculptures featuring all the communist leaders in what is designed to look like a Siberian concentration camp. It’s a mix between harrowing, Soviet kitch and tacky gifts and it’s like a Disneyland from Communist Hell. You can sit down to eat while Russian tunes are belted out from watch towers, and send the kids to play on the communist swings. It’s worth a visit just for the surreal nature of the park.