Traffic Rules to Remember on the Baltic Run 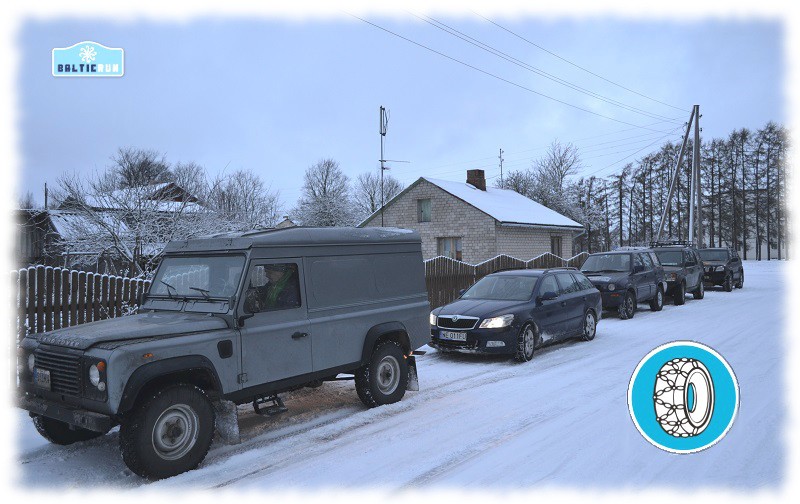 Driving is fun! Driving along the Baltic Run is a true winter adventure indeed. But we can’t forget we’re driving along public roads, so traffic rules must be observed. Are they any different? There are a few things you need to remember. But all in all, traffic rules are pretty much the same.

You must drive on the right side, naturally. Like everywhere in continental Europe “keep right” is the law of the road. If you are from a “keep left” country, that might take some getting used to. But you’ll pick it up, don’t worry. It’s worth mentioning, that roads and lanes tend to be a lot narrower than even in other European countries. If you’re from America, you might feel like a tightrope walker on some minor roads.

Other traffic rules in the Baltics

Generally, traffic rules in all Baltic Run countries require all drivers and passengers to wear their seatbelts in traffic. Even some buses have seatbelts for passengers. Restrictions on overtaking are taken very seriously, too. It is also mandatory to have your lights on all day, even in daylight.

If you’ve been to India or Central Asia with the Travel Scientists before, you know what crazy traffic is like. Well, this is not that place. Traffic rules forbid the use of horns in residential areas except to avoid road accidents. In such situations the squeal of brakes and some international hand signals will do the trick anyway. Avoid honking, if possible. Baltic people like quiet. (Outside the bars, that is.)

The different countries have different speed limits and other traffic rules, of course. Some require equipment in that car that others don’t. They are usually useful, so make sure to bring them along for the Baltic Run. The allowed level of blood alcohol varies, too. There are specific things traffic rules emphasise, so let’s look at them by countries. 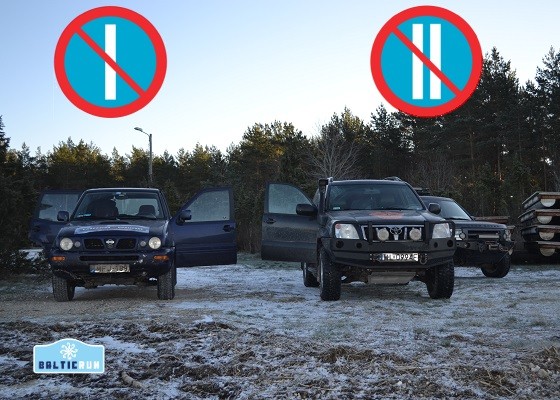 Are you familiar with “no parking on odd/even number days”? I wasn’t

Poland tends to be the most lenient of the Baltic Run countries. They don’t require a car to carry a warning triangle, first-aid quit or fire extinguisher. Foreign-registered cars needn’t have reflective vests either. However, since we’re traveling on northwards we’ll have them anyway. The policja will pat us on the back for it.

Speed limits depend on the zone, the type of road and the vehicle you’re driving. (duh!) However, uniquely among the Baltic countries, the speed limit in Poland for built-up areas actually depends on the time of day, too. During the day (between 5 AM and 11PM) the limit is 50km/h (a little more than 30 m/h). At night, when the roads should be emptier (11PM-5AM) it is 60 km/h (about 35 miles). That’s the most reasonable speed limit law I’ve ever heard about.

Outside bulit-up areas the default speed limit is 90, going up to 100 on dial carriageways. On 2×2-lane express roads you can do 120, and a respectable 140 on motorways. Parking will probably not be free in major towns on working days, look out for signs indicating the fees.

According to Polish traffic rules the allowed level of blood alcohol is 0.02%. Unike in some other countries it can be checked without any prior incident, and it’s an offence in and of itself. So please, awesome as the Baltic Run parties are, sleep it off before you set out for the next day. 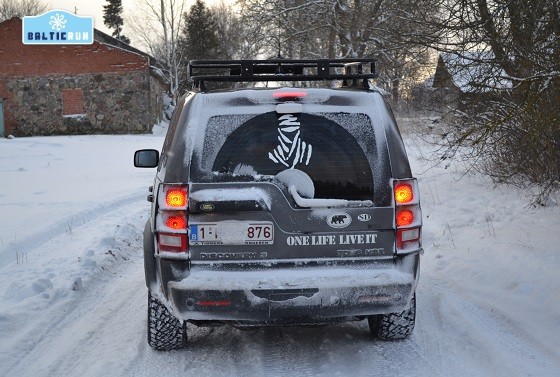 Nice to have you here! Was it this cold on the Dakar?

Traffic rules in Lithuania are a little more lenient on the acceptable level of alcohol in your blood. It’s double the Polish limit, 0.04%! As if they knew we’re spending New Year’s Eve in Druskininkai, the famous Baltic spa town. Yes, that is a party to behold, with a day of rest afterwards, just to be sure.
Winter tires are not just recommended, but mandatory between November and August in Lithuania. But you wouldn’t set out for the Baltic Run with summer slicks anyway, would you? Winter is serious here.. There is even a special winter diesel available. Motorists in Lithuania have experience with cold and snow, and traffic rules reflect just that.

Speed limit in Lithuania depends on the season, too: 50 kph in towns, 90 on asphalt roads and 70 on dirt roads outside. (We’ll see plenty of those!) The limit on carriageways and motorways is 100 and 110 kph in the winter when we are there. More in the summer, naturally. It seems like these Baltic states have the most reasonable traffic rules, don’t they?

Parking in major towns is not free on workdays. Fortunately we’ll avoid Vilnius, where apparently they are truly crazy about parking regulations!

Do Traffic Rules Matter in Latvia?

According to Latvians traffic is kind of hectic there.. This doesn’t mean you should disregard rules. It’s always bad luck getting in trouble with the police in a foreign country. According to Latvian laws they might even withhold your vehicle, if you don’t pay your fine on time. So let’s stay off the naughty list, shall we?
Good thing they’re considerate about the cumulative effect of Baltic Run party nights. In Latvia the allowed level of alcohol in the blood is 0.05%. That’s the equivalent of a nice buzz, or a heavy hangover. Is it any wonder even Latvians are upset about chaos on their roads? Traffic rules are in a constant losing battle.
The speed limit in Latvia is the usual 50 in built-up areas and 90 outside. There are no motorways in the country, so no trafic rules about them. 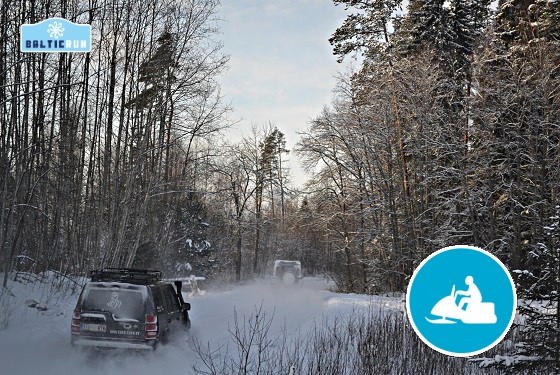 Sometimes we take the off-road path on the Baltic Run

As we approach Tallinn, the destination of the Baltic Run, it’s time to sober up. The allowed level of alcohol in your blood drops back to a strict 0.02% here. Estonia also boasts some interesting traffic rules:
Don’t forget to take two (!) warning triangles with you. Mandatory. You place them behind your incapacitated vehicle. Winter tires are also mandatory here (from December to March, so the Baltic Run falls under it). Perhaps the strangest traffic rules concern other winter safety though:
You must carry two wheel chocks in your vehicle (wood or plastic), and put them under your wheels when parked. The purpose of this is to prevent your car from moving. (The country is almost comletely flat, btw). Travel Scientists experience: It is very easy to forget about them in the morning! We won’t reach the usual 50/90 speed limit without realizing what’s wrong and finally removing them.
It’s good to remember that the period of parking fees in Estonia includes Saturday mornings, too! Also, the so-called blue zones in Tallinn are only for short-term parking, while in red zones it’s forbidden to park altogether.

Keep the Traffic Rules, and They’ll Keep You

The best advice about traffic rules in the Baltic countries is to basically use your common sense. We already mentioned the requirements that need preparations on the competitors’ part. Don’t speed (especially on main roads..), be careful, and you should be fine.
If something should still happen, act responsibly, and contact the police. Police in the Baltic countries are usually helpful and reasonable. Contact your Travel Scientists too! The Baltic Run is a minimal assistance rally, but we’re there to help, of course.