The most delicious desserts from Estonia 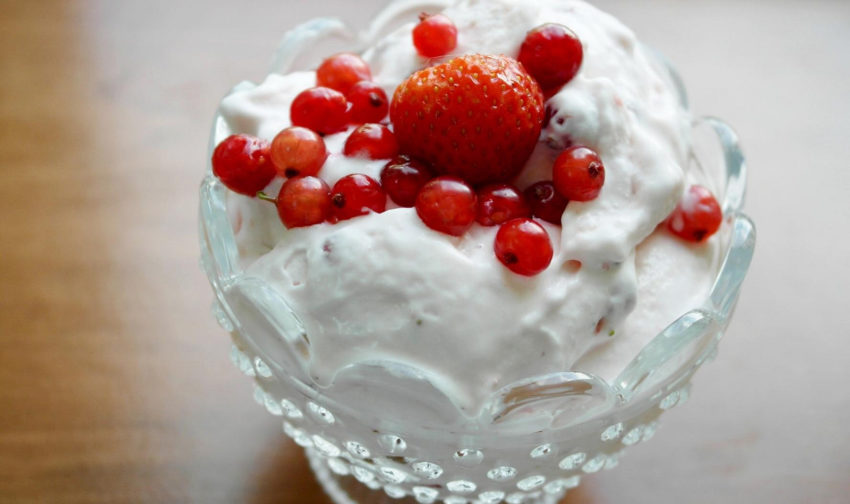 Estonian cuisine is known to be based on strong dishes of meat, fish and potatoes. However, that doesn’t mean that you shouldn’t leave some room for dessert! There is life beyond the gingerbread, and Estonia has a lot of delicious desserts to offer to the sweet tooth. So, as an Estonian would say, jätku leiba – or “May your bread last”, the Estonian way of wishing a bon appetit!

Kissel is not only a popular dessert, but also a drink, as it has a viscous texture that allows you to eat or drink it. It is made of sweetened juices of different berries; the most popular are cranberry, cherry and red currant. The juice is then made thicker by adding some cornstarch, potato starch or arrowroot. Sometimes it is topped with some red wine and colorful dried fruits. The amount of thickener mass that is added to the juice can vary, resulting in different kinds of Kissel: the most liquid ones can be just enjoyed as a refreshment, while the thickest are similar to jelly and must be eaten with a spoon. There are similar desserts in other nearby countries such as Denmark, Germany, Lithuania and Sweden. 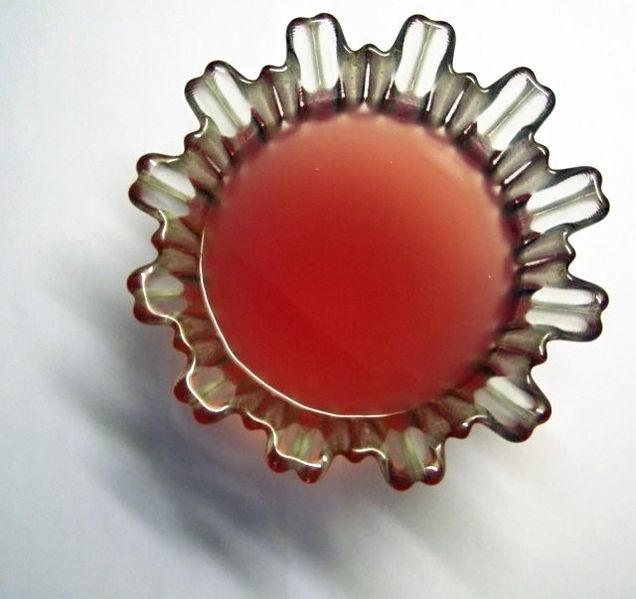 The Curd Snack, known as Kohuke, is a kind of snack very popular not only Estonia, but among the whole Baltic States. Its main ingredient is the curd cheese, which is mixed with sweetener ingredients like sugar or artificial preservatives. Other varieties may include in the fillings raisins or flavored jams. The filling mass with the cheese is glazed with chocolate, vanilla or fruit (kiwi and strawberry are popular ones) covers, wrapping them in a short and delicious bite. There are similar snacks in other parts of Europe, such as the Swiss Quanilla or the Hungarian Turo Rudi. 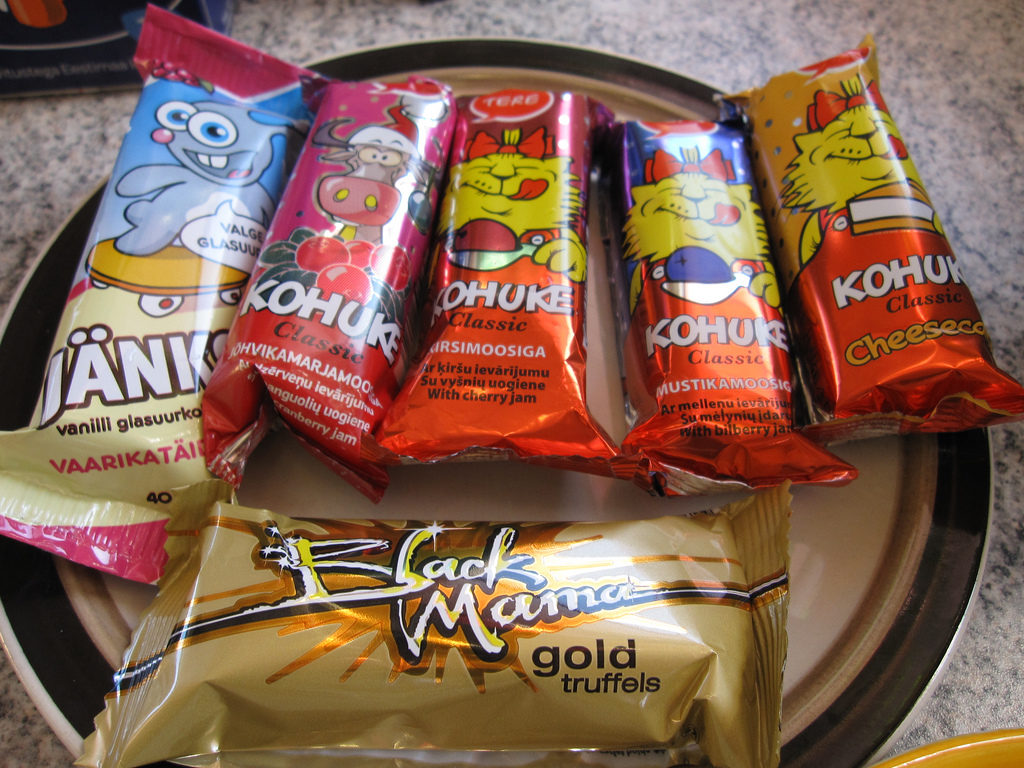 Kama is basically a flour mixture of roasted barley, rye, oat and pea. Kibbled black beans are occasionally added to the mixture in some of its varieties. Traditionally, it was a food easy to carry as it didn’t require any further cooking and could fill an empty stomach. Today it is only used for dessert making, and there are different ways to enjoy it. You can mix it with milk or kefir for a powerful breakfast, or sweeten it with some sugar and blueberry for a more dessert-like taste. 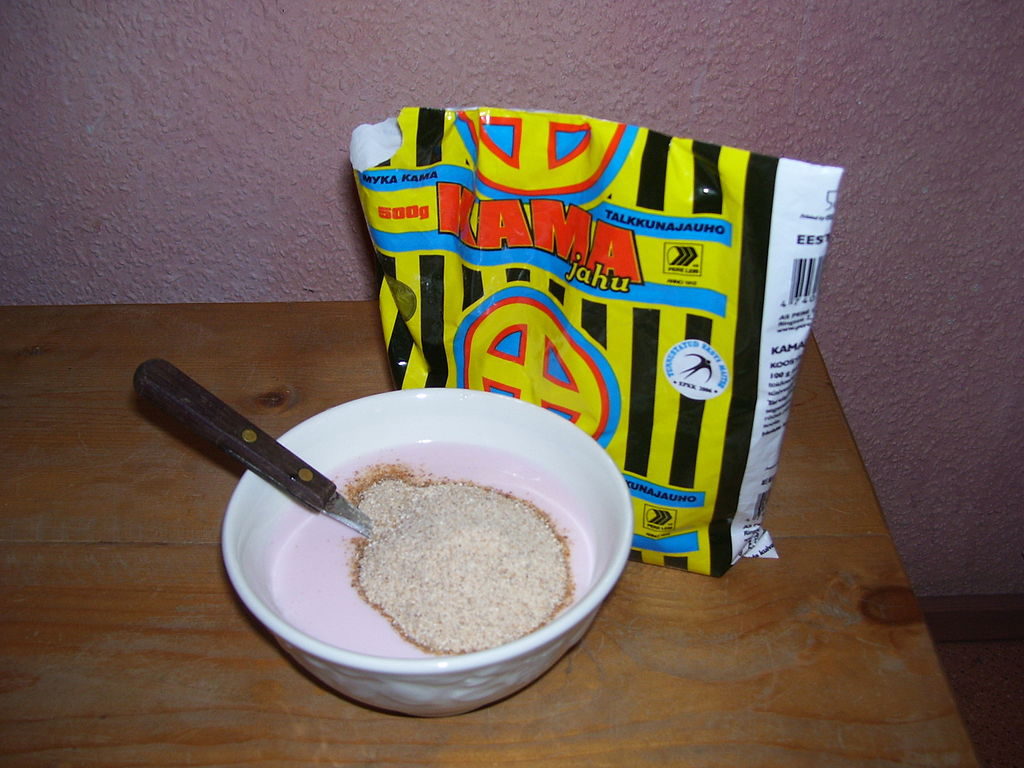 Mannavaht is a semolina mousse that can get different flavors, being the most popular ones the berries like raspberry or blueberry. This wonderful dessert treat is often served together with some cream and milk to mix with the mousse. It is loved by Estonians as a dessert or as a breakfast dish. 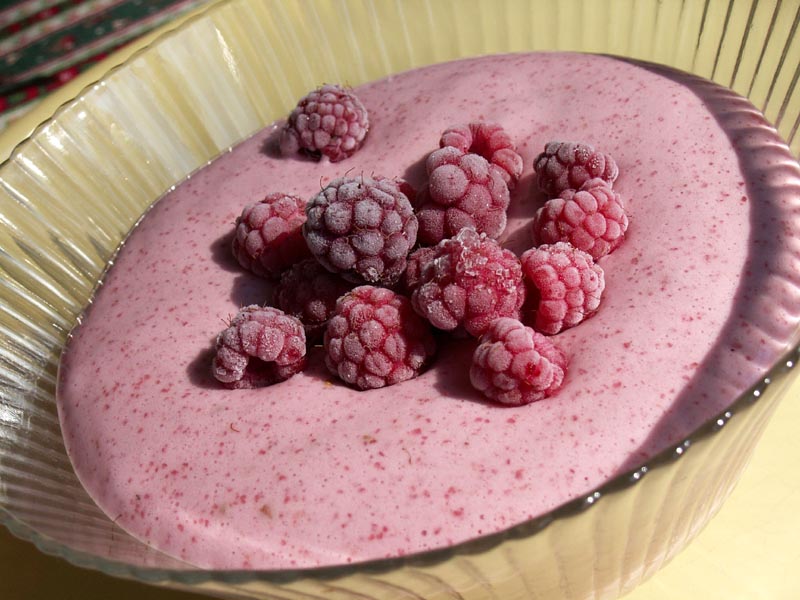 The curd cheese, popular in Estonia, appears again in the list with the Kohupiimakreem. This dessert consist of a cream made of milky curd cheese, which is mixed with sugar, vanilla and some whipping cream that makes it grab the texture of a pudding. Top it with some berries of your choice and make sure to eat it cold. Proper tasty! 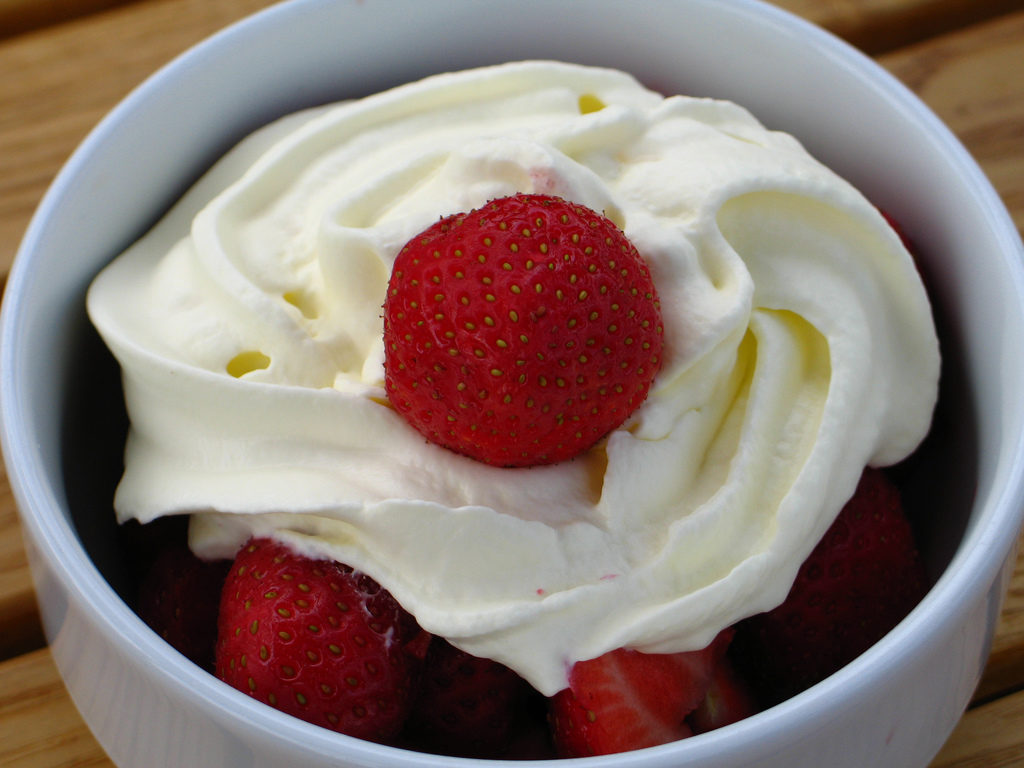 Kompott is not an exclusive Estonian dish, but it is still quite a popular one among Estonian desserts. The Kompott is made of whole pieces of dry fruit cooked in water, sugar and spices. Then, they are mixed with syrup that can be seasoned with all kind of different ingredients: vanilla, lemon, orange, cinnamon powder, almonds, coconut, candied fruit or raisins. It can be topped with whipped cream, sugar or spices like cinnamon. In some varieties, the syrup is mixed with alcoholic beverages like wine or rum. 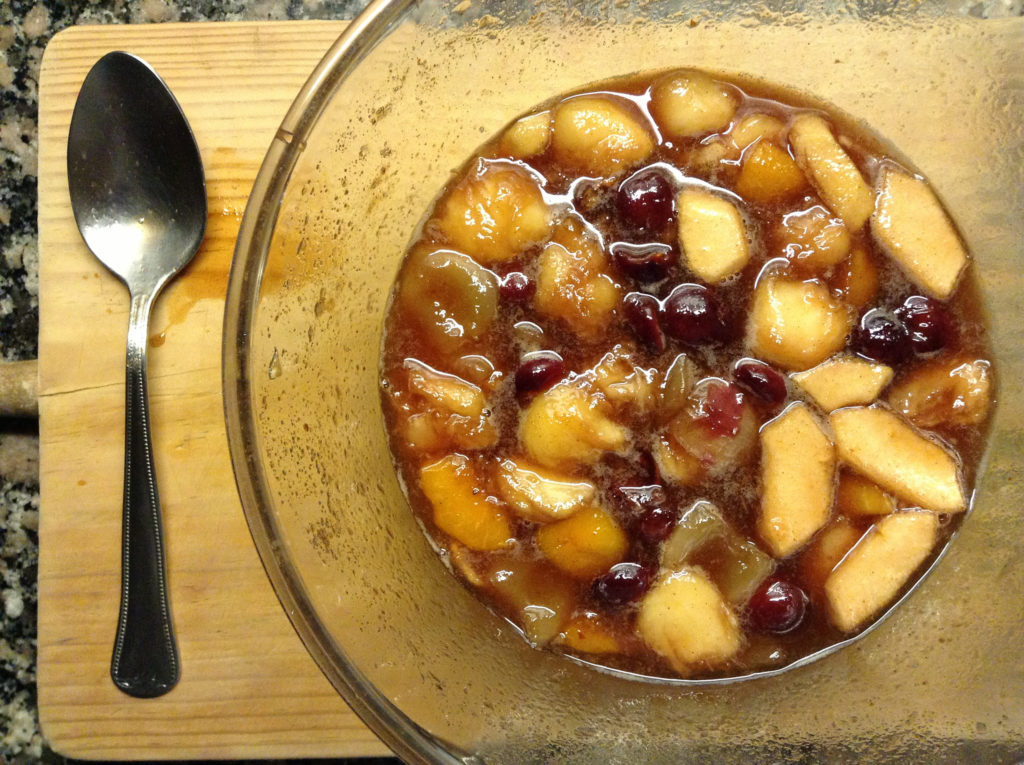 The classic Rhubarb Pie is also a popular dessert for Estonians. This pie filled with rhubarb and large amounts of sugar admits also varieties like the strawberry filling for a sweeter taste that contrasts with the tartness of the plant. 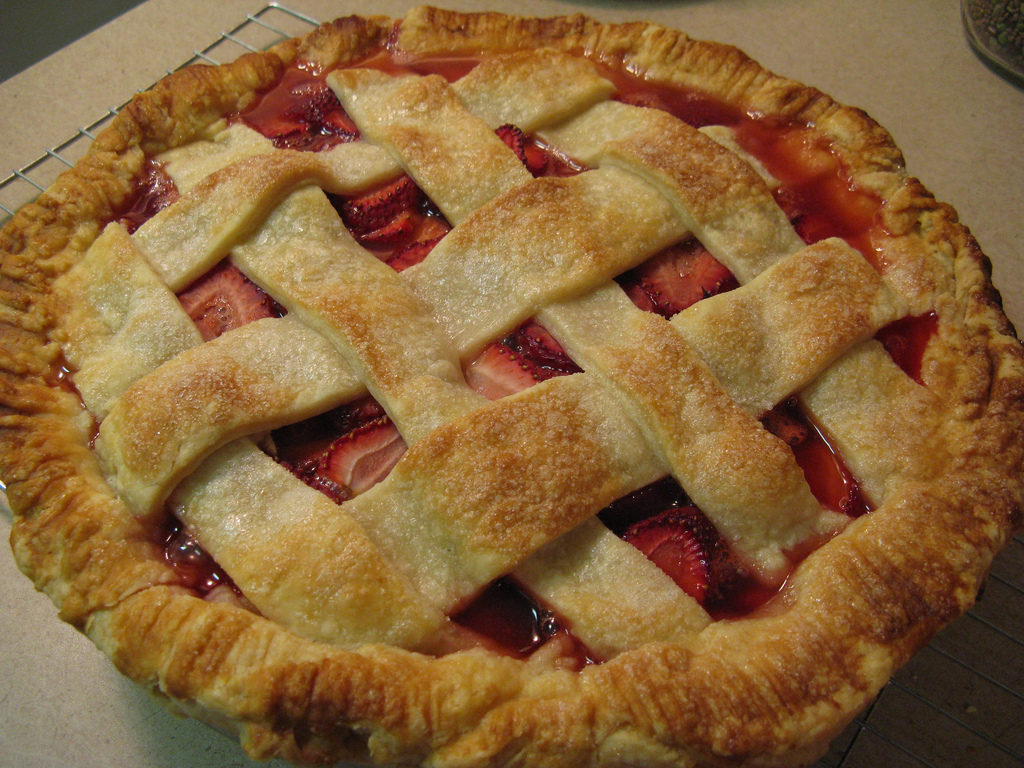 Estonian Kringel is a delicious variety of sweet bread. It comes in the shape of a rounded braid, and it is rich in butter and cinnamon. Crusty in the top but soft and buttery in the interior, it can be a perfect breakfast choice or a part of the menu during Christmas celebrations. Of course, Kringel also admits variations. The filling of the dough can be changed to cocoa powder, walnuts or almonds, as long as it still contains large amounts of butter. 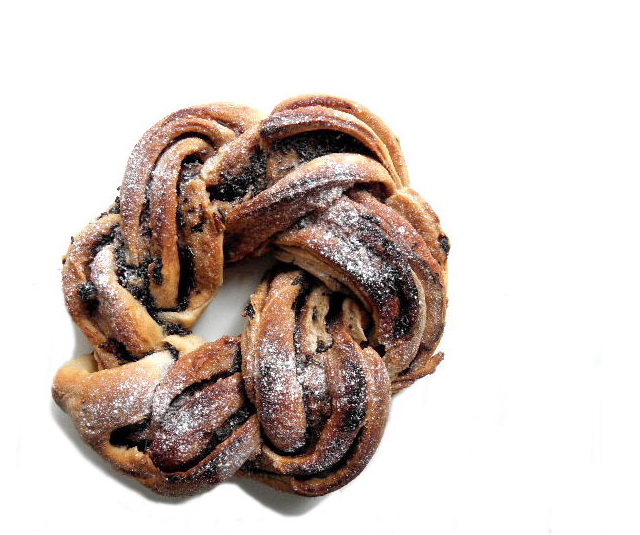 As you can see, there are many delicious options for every taste to choose. Recharge your batteries and sweeten your mind with these yummy dishes during the Baltic Run, and get ready for more snow filled adventures across the Baltic States!

Liked this story? Are you getting that itch to travel and go on an adventure? Then join us on the next Baltic Run. Find a team of like-minded crazies and we’ll see you at the starting line. If you want to join us in the virtual world then drop us a like on Facebook or follow us on Twitter to keep up with our latest antics.
Tags:
Baltic desserts Baltic sweets Compote curd cheese Curd snack Estonian cuisine Estonian desserts Estonian dishes Estonian food Estonian sweets Kama Kissel Kohuke Kohupiimakreem Kompott Kringel Mannavaht Rhubarb Pie Strawberry Rhubarb Pie Sweet Bread Turo Rudi

2 responses to The most delicious desserts from Estonia