The Northern Lights of Lithuania 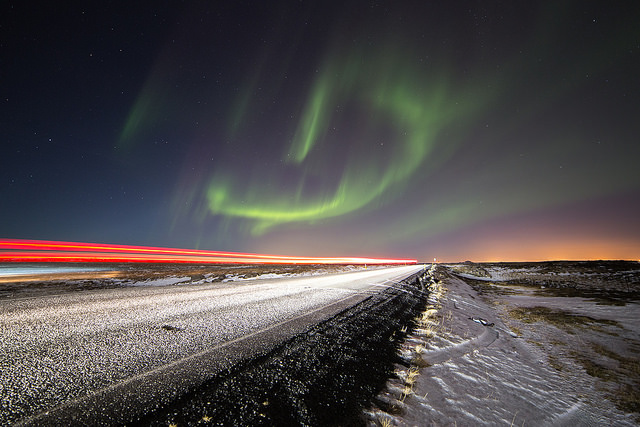 The Aurora Borealis, the mysterious stunning lights that appear occasionally in the sky when the sun is gone, have been a source for myths and stories since the first time they were spotted by human eyes. Also known as Northern Lights, sometimes they even reach the skies of Lithuania expanded by magnetic storms. 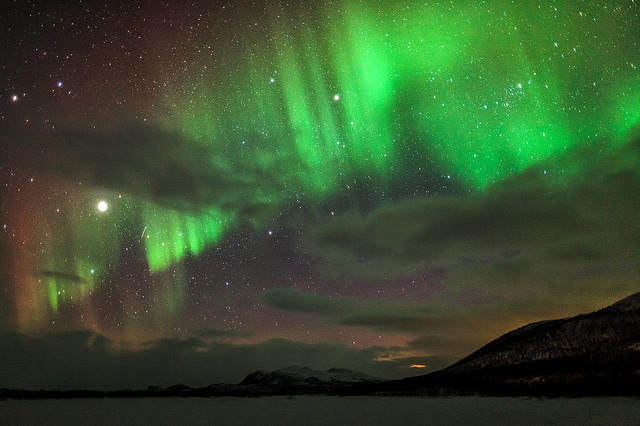 The Aurora Borealis or Northern lights have been a fascinating phenomenon since ancient times. Greek and Oriental civilizations, perplexed by the Aurora’s origins, mention it in old stories and in the works of philosopher’s like Aristotle or Seneca.  In the medieval Europe, they were feared, being considered as a premonition of wars coming or God’s punishments. In the pagan folklore of the northern countries, were the lights were seen more often, they were not a symptom of fear, but a manifestation of the pagan gods.

It wasn’t until the 20th century that their scientific cause was finally established by modern science.  The sun creates thermonuclear reactions that push away streams of particles, known as “solar wind”. The magnetic field around the Earth protects us from this solar wind: without it, the earth would become a desert. When these solar winds are very powerful, the magnetic field can get slightly interrupted by them, and therefore some of these particles can enter into the atmosphere. When they get in contact with Earth gases, these absorb the energy of the solar winds, and then release it in form of light. And those colorful pieces of light in the sky are what we call the Aurora Borealis. 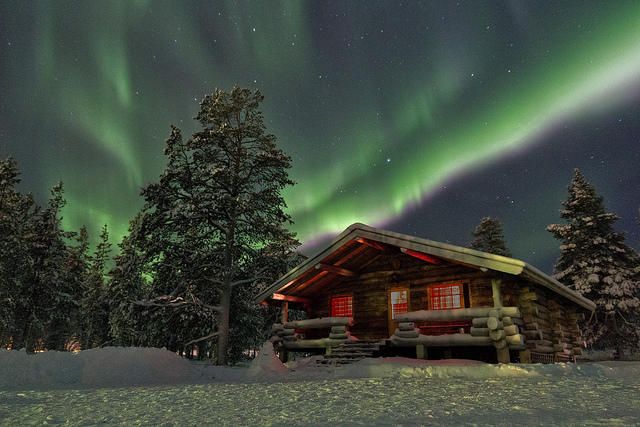 The regions where the Northern Lights can be seen are typically Scandinavia, Russia, Alaska and Canada. In these countries, the Northern Lights appear almost in every night with a clear sky. However, during magnetic storms, the diameter of this circular area increases, and the beautiful Northern Lights get to shine in the Baltic region, reaching even Lithuania.

Studies have shown that Northern Lights appear in Lithuania approximately twice per month. They can only be seen when the sky is clear, which decreases the total number of appearances to the human eye to a smaller number. But don’t let this discourage you: if you know where and when to look, you will find one of the most beautiful spectacles of the nature.

As it is further from the epicenter of the circular area where the lights are originated, the Northern Lights of Lithuania differ a little from the ones that can be seen in the above mentioned northern countries. What the human eye can see are beautiful white lines glittering and shining in the northern horizon, as some kind of small Milky Way crossing the skies. The colors cannot be differenced from this distance, at least no by the human eye. Fortunately, that is what technology is for. 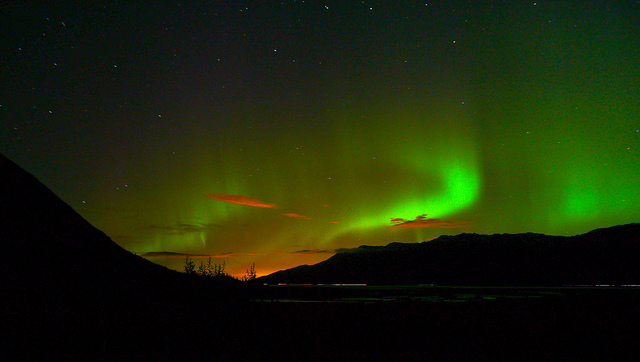 Digital photography allows today to capture more than the eye can see, and, in this situation, allows discovering the unlocked full beauty of the Lithuanian Auroras. Long exposure photographs manage to take big amounts of light even when the night is dark and full of mysteries. Therefore, using this technique, a good camera can bring out the light of the weakest stars that the human eye cannot see, and with this light added, the full colors and changing shapes of the Northern Lights appear in the picture, revealing its true beauty.

As Lithuanian Lights are somehow weaker than the ones seen from northern countries, in some cases  it is easy to miss them, confusing the dancing columns  with a momentary illusion;but cameras will not be cheated and can capture them even when the photographer is initially unaware that he is witnessing the awesome phenomenon. For this reason, you should never forget to look very carefully into the northern horizon of the sky during your nights in Lithuania, ready to catch the flying lights crossing the sky: those who have seen them, describe the moment as magical. 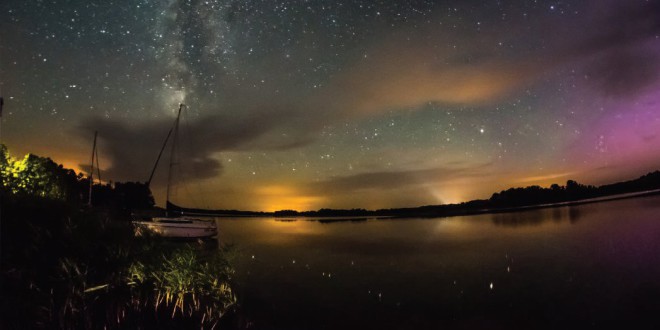 The Lithuanian photographer Tadas Janušonis is an authority when it comes to Northern Lights seen from Lithuania. Although he recognizes that capture them is difficult, his amazing work (not only pictures, but also a movie called “Dance of the Nocturnal Lights”) proves the experience is worth it. As he described in the online journal Draugas News: “Sometimes the columns of light glittered in such a blinding way that it seemed that the light was penetrating your entire body. It was an unbelievable and unique nocturnal experience.”

So, in case you were not planning of it, you’d better bring with yourself a camera to The Baltic Run, our great adventure rally. If you are lucky enough, you will catch a sight of the magical Northern Lights across your way through Lithuania!

Liked this story? Are you getting that itch to travel and go on an adventure? Then join us on the next Baltic Run. Find a team of like-minded crazies and we’ll see you at the starting line. If you want to join us in the virtual world then drop us a like on Facebook or follow us on Twitter to keep up with our latest antics.
Tags:
Aurora Borealis Dance of nocturnal nights draugas Lithuania Lithuanian Aurora Borealis Lithuanian facts Lithuanian nights Lithuanian Norther Lights Lithuanian sights Lithuanian sky Milky way Northern Lights photography Tadas Janusonis