The Most Delicious Lithuanian Desserts 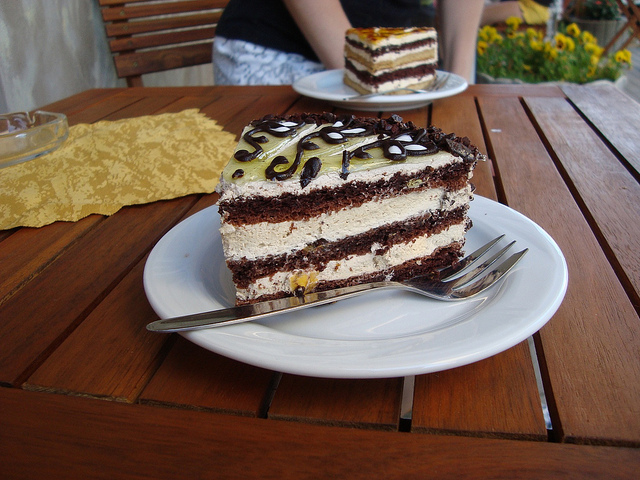 Pyragas are cakes made in the classic Lithuanian style. They have a characteristic rectangular shape and are filled with different fruits, typically apple, plum, apricot. Poppy seed is also a typical addition to these cakes, as it is a frequently used ingredient when it comes to Lithuanian confectionery. 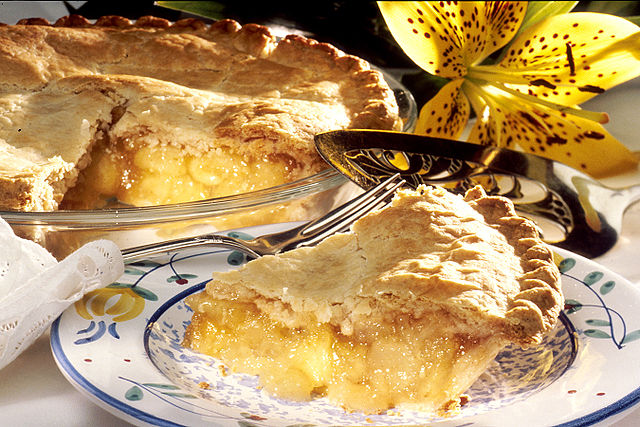 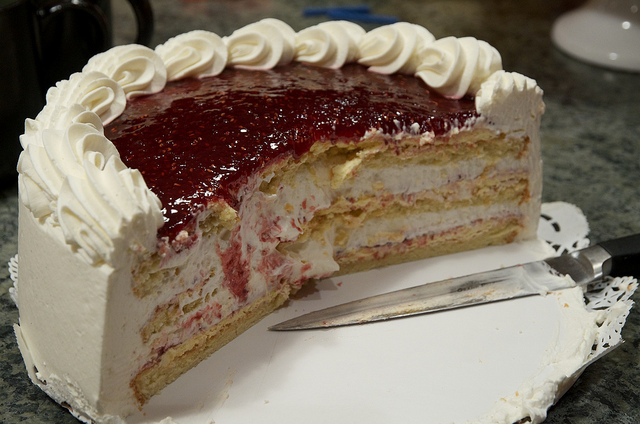 Torte –which literally means simply cake, as in other countries- is a bigger kind of pie than the Pyragas. It consist of about 10 to 20 different layers that get filled with ingredients like jam, vanilla, chocolate, mocca, or rum buttercream. Big and sweet, these cakes are typically prepared for special occasions and they get heavily decorated. However, you don’t really have to wait for a special occasion to taste one: smaller pieces can be bought in Lithuanian coffeehouses to enjoy with a coffee on a normal evening, or to take away as you stroll through the cities of Lithuania. 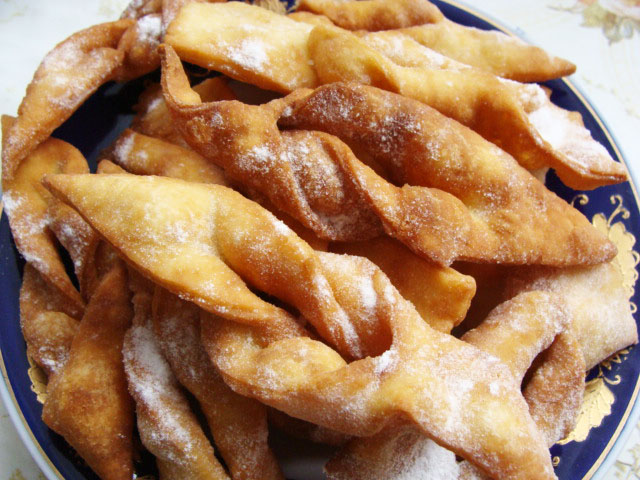 Zagareliai also go by the names of Krustai, Chrustai or angel wings. These pastries are thin and twisted, and they are made by frying the mass deeply, which afterwards gets dusted with a lot of powdered sugar. Similar sweets can be found in other countries, such as the Kljner cookies in Scandinavia, or the Bunuelos of Mexico.

The Skruzdelynas is a small kind of cake very popular in Lithuania. It is made of angel wings that get stuck together by large amounts of honey, and are topped with some poppy seeds. A fantastic little treat! 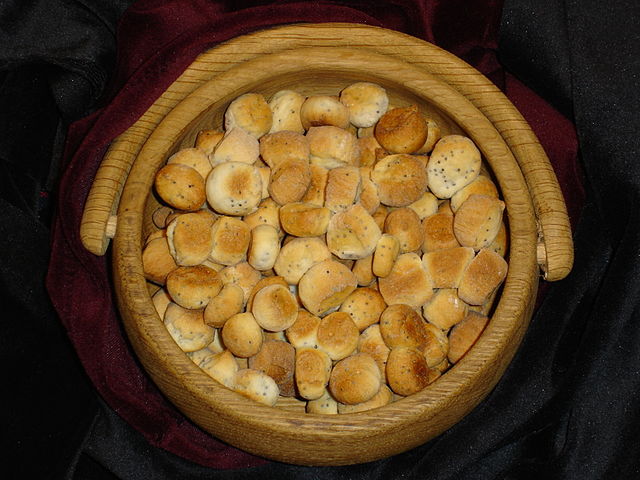 Kuciukai are a kind of sweets which are typically served during the Christmas Eve celebrations. They are very small baked rolls, which are often accompanied by poppy seed milk. The Skruzdelynas is a small kind of cake very popular in Lithuania. It is made of angel wings that get stuck together by large amounts of honey, and are topped with some poppy seeds. A fantastic little treat! 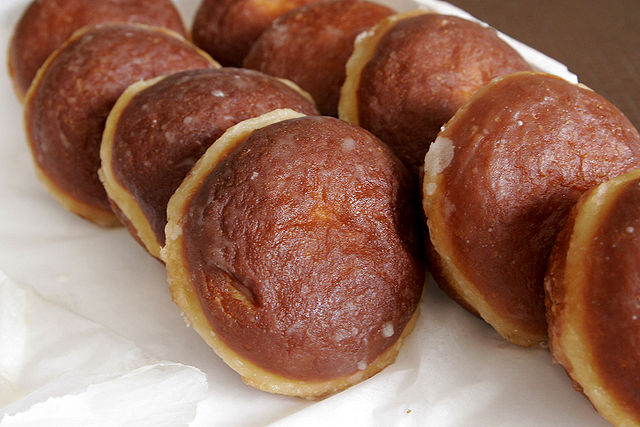 Spurgos is basically the Lithuanian version of the famous doughnuts, only without the hole in the middle. The mass for making this tasty bun is made of milk, butter, eggs, vanilla, rum, flour and raisins.  The dough gets then deeply fried in hot oil, which gives them the golden toasted look. Sometimes they are presented covered in powdered sugar. They are delicious and not too sweet!

Sakotis is a traditional cake whose origin goes back to the Polish Lithuanian Commonwealth in the 16th century. It is a tall cake, shaped as a tree with different layers and “branches” that come out of the structure. It is made out of butter, eggs, flour, sugar, and cream. After cooking like a traditional cake, the Sakotis rolls on a rotating spill over a fire or an oven, which gives it its particular form. It is one of the most important desserts during Lithuanian celebrations, especially at weddings and Christmas. 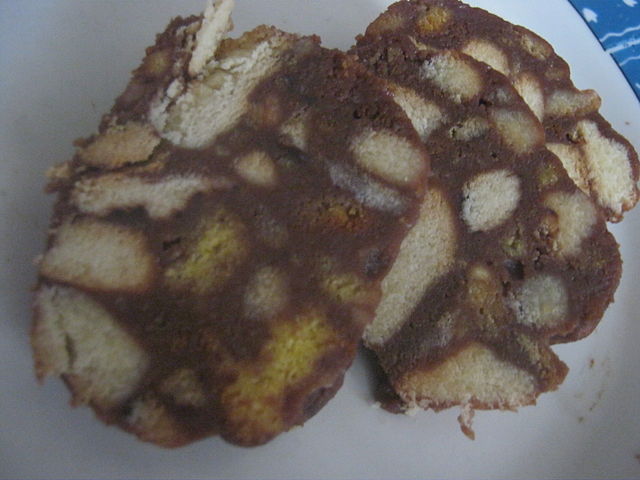 Tinginys is a popular dessert in Lithuania that was created by accident in 1967. A woman was trying to cook chocolate but added too much sugar, which gave the mixture the texture of syrup. Trying to make it less strong, she broke some cookies into pieces and mixed them with the chocolate syrup. When it cooled off, the first Tinginys was created. The recipe is so easy to prepare (yet so amazing to eat) that people gave it the name of Tinginys, which in Lithuanian means “lazy”. Today, the chocolate mixture is made with ingredients like cocoa, butter, and condensed milk. 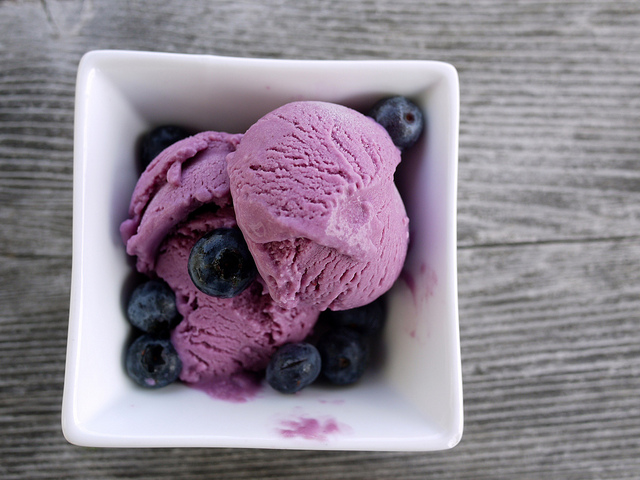 Finally, we cannot forget one of the world wide kings of dessert, the ice cream. Even though it is not a Lithuanian specialty, it is still a very popular choice during the summer among Lithuanians. Ledai is the Lithuanian name for ice cream, and the proper way to ask for it if you want to enjoy one as a dessert for your Lithuanian dinner!

Can’t decide which one you want to try first? Jump in the next Baltic Run, discover the Baltic Countries – and enjoy these amazing Lithuanian desserts between two adventures!

Liked this story? Are you getting that itch to travel and go on an adventure? Then join us on the next Baltic Run. Find a team of like-minded crazies and we’ll see you at the starting line. If you want to join us in the virtual world then drop us a like on Facebook or follow us on Twitter to keep up with our latest antics.
Tags:
desserts Food Kuciukai Ledai Lithuania Lithuanian cuisine pyragas Spurgos sweets the baltics Tinginys torte Zagareliai