Neringa and the Curonian Split: the Lithuanian Sahara? Often dubbed the Lithuanian Sahara, the Curonian Spit is a 0.4-3.8 km wide and 98 km long UNESCO world heritage site and nature reserve. It separates the Baltic Sea from the Curonian lagoon, and its ever-shifting dunes are home to the Nagliai Nature Reserve (a.k.a. the Dead Dunes), the Hill of Witches, and a scattering of ancient fishermen villages turned into luxury resort settlements.

How Old is the Lithuanian Sahara?

It was formed 5,000 years ago on moraine islands of sand transported by currents, before later being covered by forest. Ever since its formation, it has been threatened by the natural forces of waves and wind. Its survival to the present day has only been made possible thanks to constant human efforts to combat its erosion.

Has it Always been Inhabited? 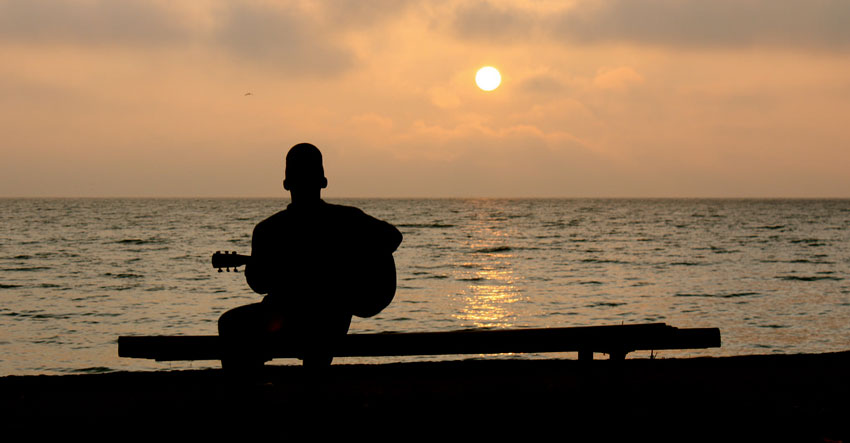 Unlike the actual version, the Lithuanian Sahara has pretty much always been occupied. Human habitation of this elongated sand dune peninsula dates back to prehistoric times. In the wake of intensive logging in the 17th and 18th centuries by Teutonic knights, the dunes started shifting towards the Curonian Lagoon, and buried the oldest settlements. At the turn of the 19th century, it became clear that human habitation would no longer be possible here without radical action. Dune stabilisation work soon began, and has continued ever since.

And it was Successful!

By the beginning of the 20th century, a protective dune ridge was formed along the shore to prevent inland sand migration, and the Great Dune Ridge was reinforced using brushwood hedges and trees. These days, forests and sands dominate the Curonian Spit. Urbanized areas, comprising just eight small settlements, cover only 6% of the land, as it has been designated a national park by both Russia and Lithuania. The Dead Dunes, being a protected area within a protected area, are one of the most dramatic and botanically significant features of the Lithuanian Sahara.

How Tall are the Dunes?

Up to 60 meters. In fact, they still obscure four villages that were swallowed by the shifting sands between 1670s and the 1850s, when the dunes were travelling up to 15 meters every year. As you can see, the “Dead Dunes” moniker is a misnomer: the Nagliai Nature Reserve is an ecologically sensitive region where multiple rare and fragile plants live. The unique flora provide a muted, earth-toned appearance, making the alternate name of “Grey Dunes” far more apt. It’s one of the most peaceful and serene places you could hope to find anywhere.

It Really is Beautiful…

All visitors to the Dunes are obliged to stay on the marked trail, in order to avoid disrupting the delicate and peculiar ecosystem, but you’re free to wander around on the Hill of Witches on the northern end, as some of us are bound to do on the Baltic Run.

If the Lithuanian Sahara sounds like something you just have to see, why not take come along for the Baltic Run, a minimal assistance adventure rally exploring Poland, Estonia, Latvia and, of course, Lithuania. Taking place between December and January, it’s a week-long test of winter driving skills, your thirst for adventure, and your tolerance for the local vodka! You’ll see pristine nature, crazy history (a lot of stuff has happened in Easter Europe…), and of course there’ll be an epic party for New Year’s Eve!

Liked this story? Are you getting that itch to travel and go on an adventure? Then join us on the next Baltic Run. Find a team of like-minded crazies and we’ll see you at the starting line. If you want to join us in the virtual world drop us a like on Facebook or follow us on Twitter and Instagram to keep up with our latest antics.
Tags:
baltic Baltic adventure Baltic countries Baltic rally Baltic Run baltic sea Baltic States baltics curonian spit dead dunes Lithuania luxury resorts in the baltics Nagliai Nature Reserve nature reserve in lithuania neringa peninsula in the baltic sea the baltics winter rally