We explain why Kazimierz Dolny is one Poland’s must-see destinations.

Participants on the Baltic Run minimal assistance rally always rave about Kazimierz Dolny, and it’s easy to see why. The town is a perfectly preserved historical relic, snugly placed amid the lush Polish countryside. On Summer weekends Kazimierz Dolny is packed with Poles escaping the city, and tourists enjoying the quintessential historic town. We visit on Day 1 of the Baltic Run in late December, and it’sperfect: the town is quiet and (often) glistening with snow. Let’s learn a little about the history of Kazimierz Dolny, and the sights you have to see.

The History of Kazimierz Dolny 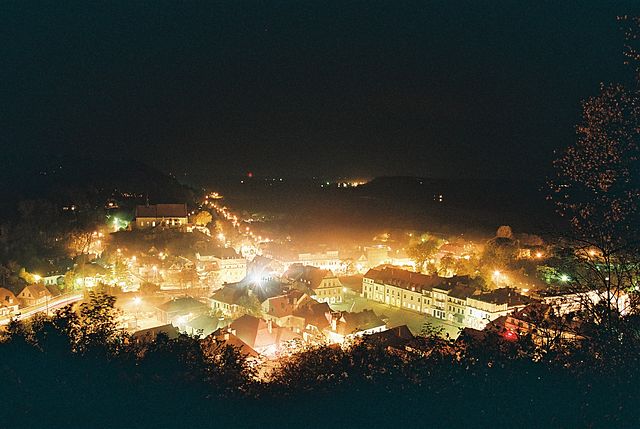 Don’t be put off visiting Kazmierz Dolny when we tell you that the town’s “golden age” ended almost four hundred years ago. Before Swedish forces destroyed the town in 1656, during what is known as the Swedish Deluge, it had been a thriving merchant town and an important center for the grain trade, thanks to its position on the Vistula river. After being ransacked, the population declined and changing borders meant its position was no longer so essential for trade. However, in the late 19th century the growing Polish bourgeois, from cities like Warsaw and Lublin, realised the city had great potential as a tourist resort.  Although the town suffered horrendously during World War Two and the Holocaust, nowadays the town has again recovered to become a desirable location for a weekend getaway. 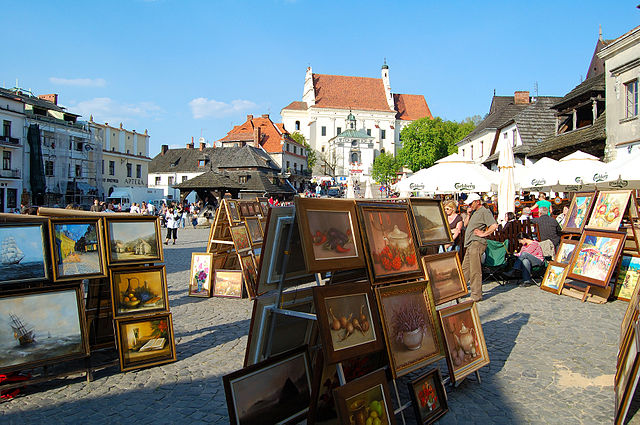 The post-golden-age renaissance of Kazimierz Dolny was not merely propelled by holiday makers, but also by many budding artists. The historic center and nearby nature provided rich opportunities for painting; so much so that many artists decided to move here, creating an artists colony in the early 20th century. The town’s connection with art continues, and many artists still work in the town. Paintings are frequently available for sale from open markets in the main square, pictured above. 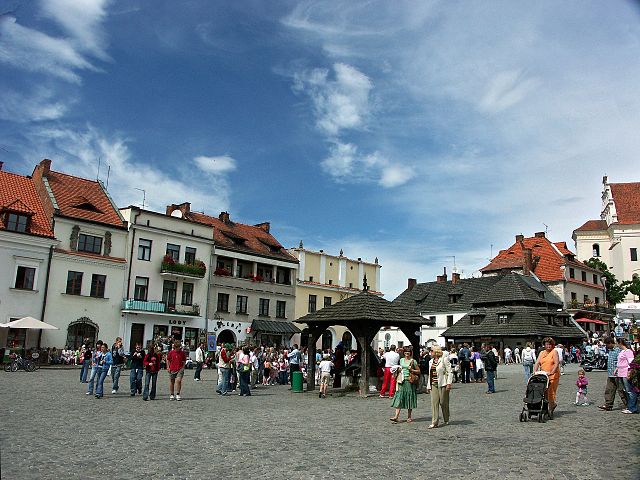 The Main Square, known as the Rynek (the Polish word for market), is at the heart of Kazimierz Dolny. It might not match the size of Krakow’s famous market square, but its cobbled stone and old-fashioned buildings make it a popular attraction. At the center of the square is an old wishing well, which is something of a symbol for the town. Packed with tourists at the weekend, when the Baltic Run arrives in winter the square is far quieter, and looks fantastic under a layer of snow. Take in the atmosphere, buy some art, or make your away to one of the nearby galleries and pubs. 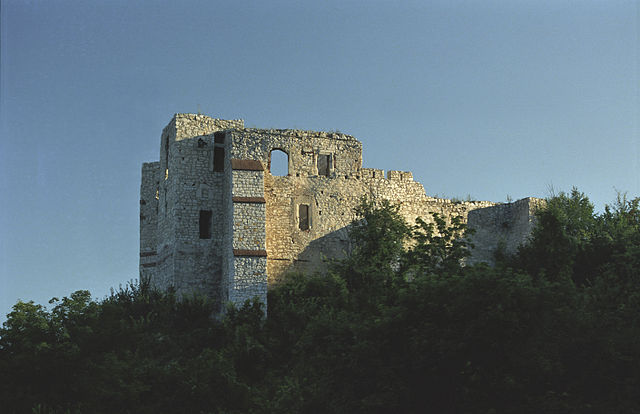 While the town has recovered from its post-golden-age slump, the castle hasn’t. It was an impressive construction, the original foundations almost 700 years old, so much so that for some time there were no houses permitted to be build on the North side of the Market Square, so that the view of the castle (and church) would not be obstructed. Rebuilt twice after fires in the 16th century, the castle was mostly ruined during Swedish Deluge, and complete abandoned less than a century later. However, recent renovations give a better idea of what the castle would have looked like in better times. You can get cheap tour, or climb the old watchtower to admire the view across the town and river. 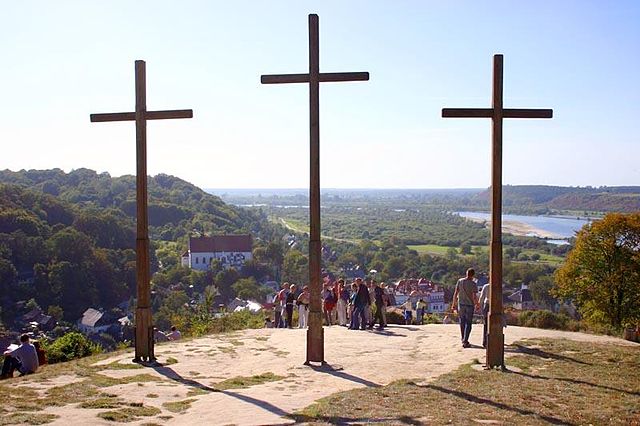 Photo by Marek and Ewa Wojciechowscy

Another spot with a pleasant view is the Hill of Three Crosses, so named because… well, you work it out. The crosses are said to have been placed there to to commemorate victims of the brutal cholera epidemics the town suffered in the early 18th Century. Others claims that the “hill of crosses” has been around for much longer. Hike up the (sometimes slippy) path from the (impressive, and very old) Parish Church to reach the top.

The Nature of Kazimierz Dolny 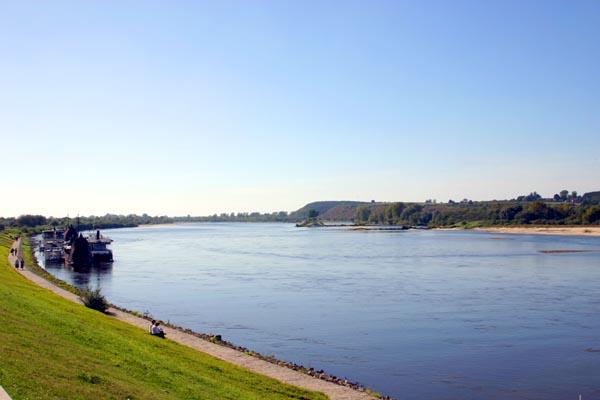 Photo by Marek and Ewa Wojciechowscy

For many of visitors to Kazimierz Dolny, its not the town itself that it most attractive, but the nature that surrounds it. Aside from hiking up hills, one can walk the banks of the Vistula river. You can also visit to the remains of the Jewish Cemetery, hidden amid forest only 2km from town. See the “wailing wall”, built from remnants of old gravestones recovered after the graveyard’s partial destruction by Nazi forces. Only slightly further afield you can find one of the many gorges that surround the town. The most famous is Korzeniowy Dol, meaning “root tunnel”: walking along the base of the gorge is a magical experience, with trees and their roots at points almost entirely covering you overhead.

Liked this story? Are you getting that itch to travel and go on an adventure? Then join us on the next Baltic Run. Find a team of like-minded crazies and we’ll see you at the starting line. If you want to join us in the virtual world then drop us a like on Facebook or follow us on Twitter and Instagram to keep up with our latest antics.
Tags:
artist colony batltic run cities on the baltic run eastern europe Kazimierz Dolny minimal assistance adventure rally Poland the baltics travel scientists winter winter driving