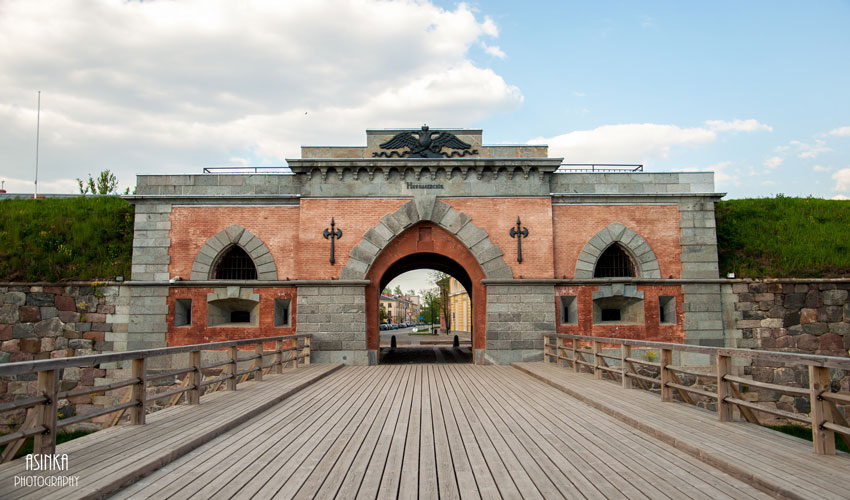 If you liked the idea of a whole city to yourself, here’s a twin adventure of a similar magnitude, because – yes – you could (drum roll) take a long stroll back to the aeon of Napoleon and be the hero of Daugavpils Fortress, just for one day.

Who built it, when and why?

Plans for the fortress complex were first mentioned by Russian Tsar Alexander I in 1772, and construction started in 1810 in anticipation of Napoleon’s attack on the Great Russian Empire. Two years later, the fortress successfully repelled Napoleon’s army.
It’s also probably worth noting that it’s also the last major bastion-type fortification in the whole world.

What condition is it in now?

Even though it has been almost completely abandoned for generations, it’s still in good enough shape to support urban exploration adventures! I guess they knew how to build things in those days.

Okay. What are its dimensions?

It occupies just over two square miles close to the city centre, and contains ten streets and some eighty buildings. In its heyday, the sprawling fortress complex was isolated from rest of the city and well guarded, creating a sort of city inside a city. Though the official count states that more than a thousand people could live inside the castle, most of the complex is now long abandoned and looks like a ghost town.

How odd. All the more fun for urban adventurers, I suppose.

Indeed. The fort is closed off, but you can find your way in and sneak in to many of the barracks, abandoned houses, and the old hospital, and take a-mazing photos. You can also strike a pose or five in, on and around the old bastions, ramparts and moats, or even leap ahead a century and a half and explore a former Soviet military academy on the craggy premises.

I’m kinda surprised they’re letting it lie fallow like this.

There have been a bunch of reasons for this, but things are rumored to be slowly changing. Some of the buildings in the complex have been renovated and given a new function (an art center is now found in one of the buildings). But it’s all happening at a glacial pace: according to many locals, the city council have no particular plans of what to do with this piece of history, and most of the buildings are still awaiting their destiny.

I have an inkling who these buildings might see quite soon.

Good decision! But take pics or it didn’t happen. Also, this city-within-the-city might make an even more awesome sight if you come along with us this December on our Baltic Run and catch its snow-capped sparkle in the low winter sun.

Liked this story? Are you getting that itch to travel and go on an adventure? Then join us on the next Baltic Run. Find a team of like-minded crazies and we’ll see you at the starting line. If you want to join us in the virtual world then drop us a like on Facebook> or follow us on Twitter and Instagram> to keep up with our latest antics.
Tags:
abandoned fort baltic Baltic adventure Baltic countries Baltic rally Baltic Run Baltic States baltics Castle Daugavpils Daugavpils Fortress fort hidden gems in Latvia Latvia russian castle russian fort the baltics winter rally