The Vikings of the Baltic Sea 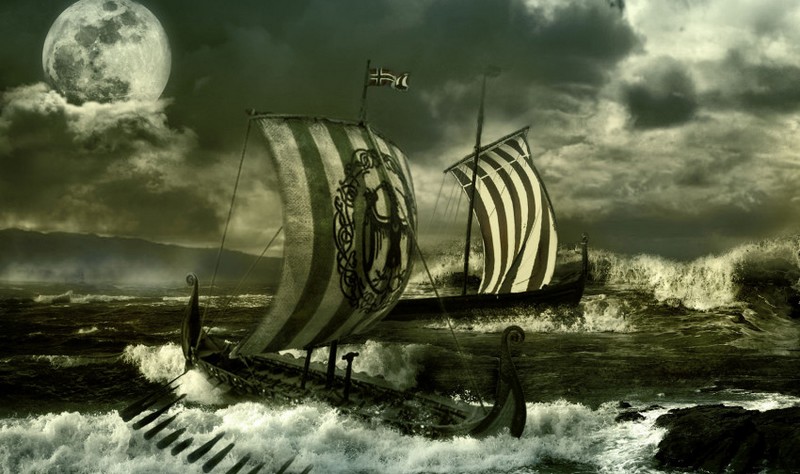 Although Vikings are known to have come in their majority from the Scandinavian region, Norway, Denmark and Sweden are not the only places these fearless sailor warriors came from. Vikings of the Baltic Sea, some tribes with great traditions of fighting and sailing could easily overshadow the most famous Scandinavian Vikings. These tribes came from where the Baltic Run takes you; mainly, from the Estonian island of Saarema (Oeselians), and the shores of Latvia and Lithuania (Curonians). Get to know the Vikings from the Baltic Sea!

Estonian Vikings are first mentioned in the 2nd century in Ptolomy’s Geography III, although they get more famous around the 10th century. The largest island in Estonia (Saarema today) was known as Ösel in Swedish, where most Vikings came from. For this reason, the Estonian Vikings are named after the island: Oeselians. Vikings of the Baltic Sea appear under this name, or simply as “from Estonia” in the old sagas such as the Old Norse Icelandic. 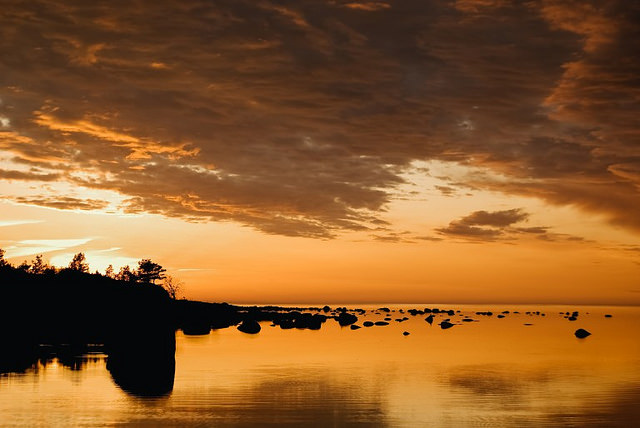 Sunset in the Estonian island of Saarema. Photo by Barn Images.

Oeselians were known to be fearless warriors. They held raids both against pagans and Christians, and no army could scare them no matter how big or strong, as their main strength was in their boats and the dominance of the sea battle techniques. According to the Livonian Chronicles, the Oeselians used two kind of ships for their raids: the piratica,a strong warship shaped like the head of a dragon that could carry about 30 men, and the liburna, a more humble ship used mainly by merchants. Ships that fit this description have been found in 2009 in the island of Saarema, and more recently in 2015 in the region of Salme.  The richness and treasures that the Vikings of the Baltic Sea got to keep made Estonia the richest territory of the Baltic region between the 11th and 12th centuries. The island of Saarema still has the most important Viking treasure of the region, only passed by the one in Gotland in Sweden. This suggests that the land of Estonia was an important transit point during the Viking era. 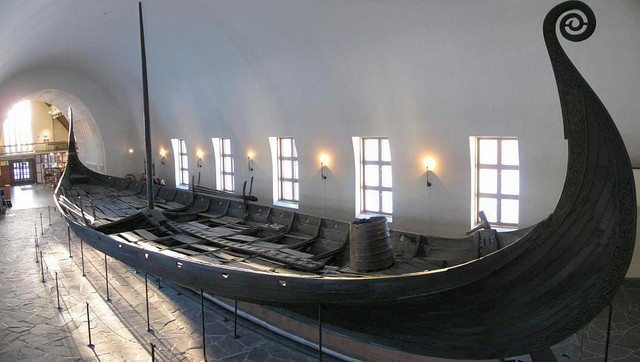 Curonians were another tribe of Vikings of the Baltic Sea, that lived in territories which are parts of Latvia and Lithuania now. From the 5th century to the 16th, when they were repelled by the Livonian Order. They were known to be excellent warriors, sailors and pirates, and they fought along with the northern Vikings on several occasions, forming alliances with Swedish, Danish, Icelandic and Kven Vikings. This alliances and raids, together with their friendship with their neighbors, the Oeselians, also made them immensely rich.  They established settlements all along the Baltic coast, in the interior regions near Riga, and in the Swedish islands of Gotland and Bornholm. 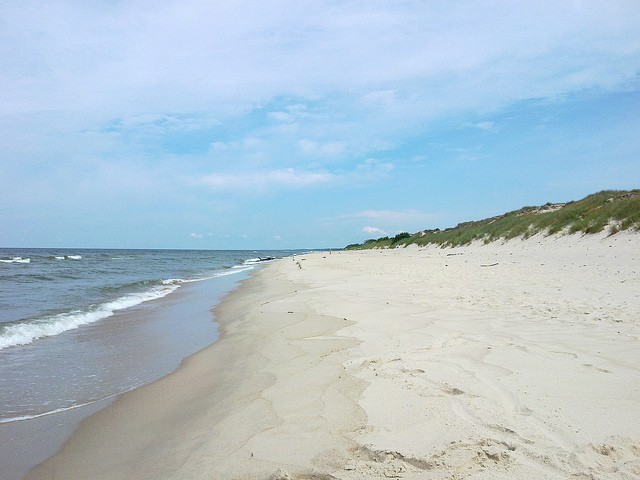 Baltic Vikings made a name for themselves

The Danish historical writer Saxo Grammaticus describes how Curonians and Oeselians participated together in the Battle of Bravalla.  The Vikings of the Baltic Sea were supporting the Swedish Vikings against the Danes, who, in turn were aided by the Livonian order. Despite these occasional alliances with the Swedish, the Estonian pirates were feared so much that it is said the King Ingvar of Sweden was forced to patrol personally the shores of his kingdom continuously in order to fight the hordes of Estonian Vikings that came to raid it.

The Vikings of the Baltic Sea also held  the (future) king of Norway Olaf Tryggvason captive as a slave when he was a kid, as they took him raiding the ship he was travelling in. He was freed out of pure luck, when his mother, Queen Astrid of Norway, recognized him during one of her journeys to Estonia in the market. She paid for his freedom, returning the future king to his homeland. 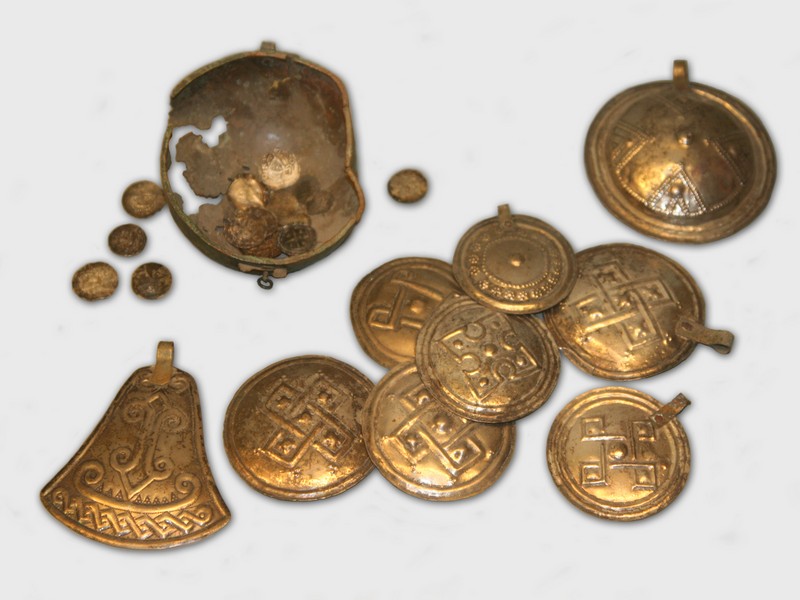 Vikings of the Baltic Sea took on other Vikings

However, the most celebrated raid of Estonians and Curonians working together was the assault of the Swedish city of Sigtuna in 1187. The attack was so powerful that the Baltic Vikings not only raided the city, but decided to stay and make a settlement. The city was occupied for some time, so the Vikings could take control of the merchant deals with the Northern countries, as it was a strategic point for exchange and travel of goods. This way the Vikings of the Baltic Sea made excellent business and obtained a huge treasure.

Remains of the Viking Era in the Baltic Countries can be found mainly in Estonia. Some examples are the above mentioned Salme Ships. These vessels were used for ship burials in the Nordic Iron Age, and still contained the rest of 40 warriors that were killed during battles, along with numerous weapons of the time and artifacts for sailing. In 2010 a treasure hunter also found  a huge hoard from the Viking Age from the 11th century in Harju County, Estonia. Most of the coins were German, but there were also British, Danish, and even Arabic, Italian, Czech and Hungarian ones. How Vikings of the Baltic Sea obtained coins from these countries is a mystery, but it could suggest that their raids and trades took them quite far from their home waters. 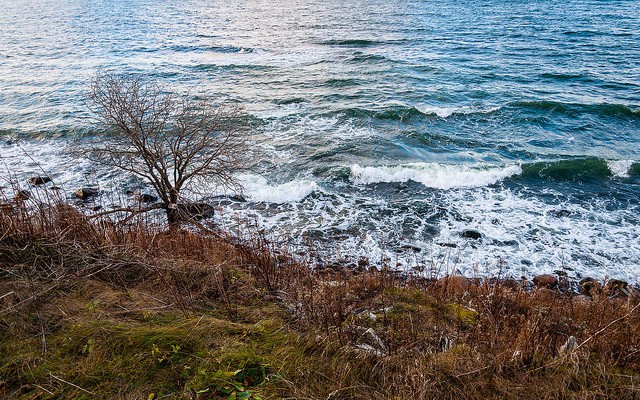 The mysteries surrounding the Vikings of the Baltic Sea will get probably lost in time, but you can still emulate these fearless travelers: join our raid in the Baltic Run and discover the Baltic lands just like a real adventurer!

Liked this story? Are you getting that itch to travel and go on an adventure? Then join us on the next Baltic Run. Find a team of like-minded crazies and we’ll see you at the starting line. If you want to join us in the virtual world then drop us a like on Facebook or follow us on Twitter to keep up with our latest antics.
Tags:
Baltic Vikings Curland Curonians Estonia Estonian Vikings Kurs Livonian Order Nordic Iron Age Oeselians Saarema Salmen Ships Scandinavia Treasure Viking Age Viking settlements Viking ships Viking Treasure Vikings

one response to The Vikings of the Baltic Sea