The Ruins of the Cesis Castle 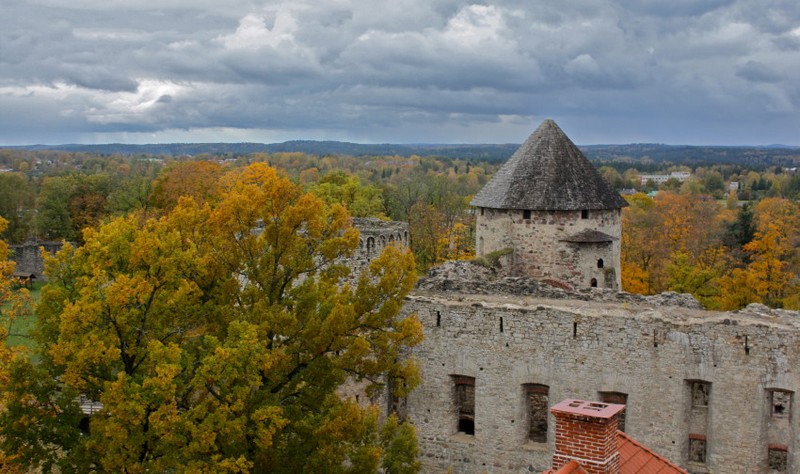 The old town of Cesis has been looking over Latvia on the valley of the Gauja River, in the northern region of Central Vidzeme, since the 13th century. And watching over the town of Cesis, on the Riekstu hill, lies the fortified castle of Cesis. Full of medieval history and ancient tales of knights and war, the Castle has been destroyed and rebuilt on several occasions, but its ruins still stand proud over the hill and the town.

Cesis Castle was the home of some of the greatest knights, warriors and masters of the medieval Livonian Order. This Order, also known in its beginning as the Livonian Brothers of the Sword, was a Latvian military order of crusaders, established by the Bishop Albert of Riga in the year 1202 with the aim to help with the conversion of the pagan inhabitants of the eastern costs of the Baltics to Christianity. At that time, this region was known as Livonia, which would be nowadays part of Latvia and Estonia.

The Castle of Cesis, also known as Wenden, was one of the headquarters of the brotherhood, along with other places in Estonia and Latvia such as the cities of Sigulda, Aizkraukle or Fellin. The Brotherhood started to build the castle near the hill fort in the year 1209. They managed to create a large, fortified castle that would serve as the home of the Brotherhood’s master of the time, and the ones to come in the future. 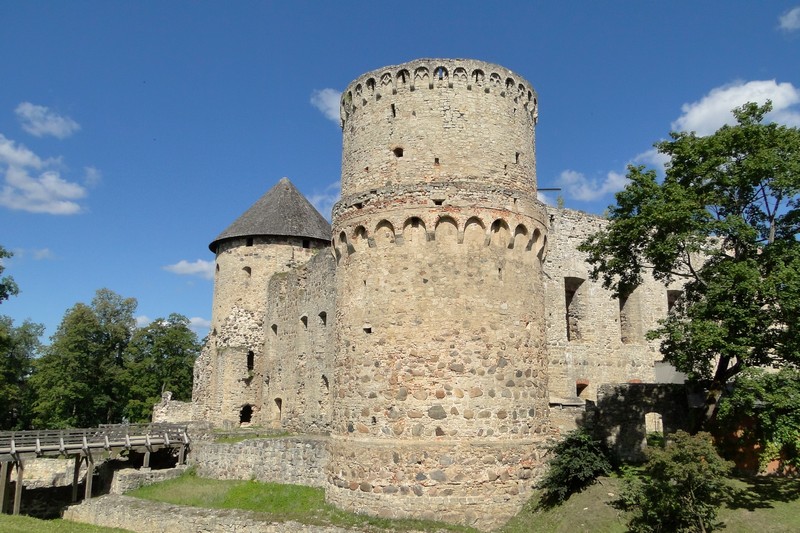 Castle of Cesis. Photo by Pedropico.

Across the years to come, the beautiful castle would be destroyed and reconstructed on several occasions. During the Livonian War, a fight for the control of the Livonian area that involved Russia, Denmark, Norway, Lithuania, Sweden and Poland, the garrison destroyed the castle in order to prevent the Russian Tsar Ivan the Terrible to seize control of it. However, Ivan was defeated during the Battle of Wenden, named after the sacrificed castle, in 1578. 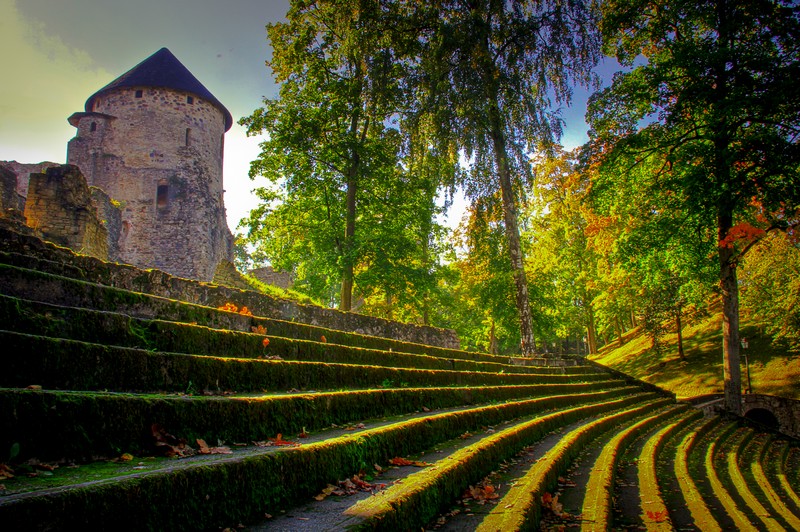 Going up the hill. Photo by Graham.

Shortly after, Cesis was to be invaded several times. The castle fell under the power of the Polish-Lithuanian commonwealth first, and under the Swedish crown later. The castle was again rebuilt, only to get partly destroyed again – who would have expected that by now? –  by the Great Northern War in 1703, in which the Russian Army reduced the castle to ruins. After this tragedy, the castle wasn’t used anymore for military purposes.

However, the ruins of Cesis are still there, as an impressive witness of the town’s history, and it attracts visitors with its medieval architecture and romantic features. The Castle includes nowadays a visitors centre and museum about the medieval history of Livonia. You can get down to the basement and visit the real prison in which the enemies of the Order would get locked; or climb to the conserved western and southern towers of the castle and enjoy a breathtaking view of the old town of Cesis, the hill and its surroundings.

You can also visit the beautiful park that surrounds the castle, which was built only in the year 1812. It has, therefore, a different style that stands in contrast with the medieval architecture of the Castle: the park shows a romantic atmosphere with foot paths, exotic plants, and water ponds that reflect the castle towers and ruins. 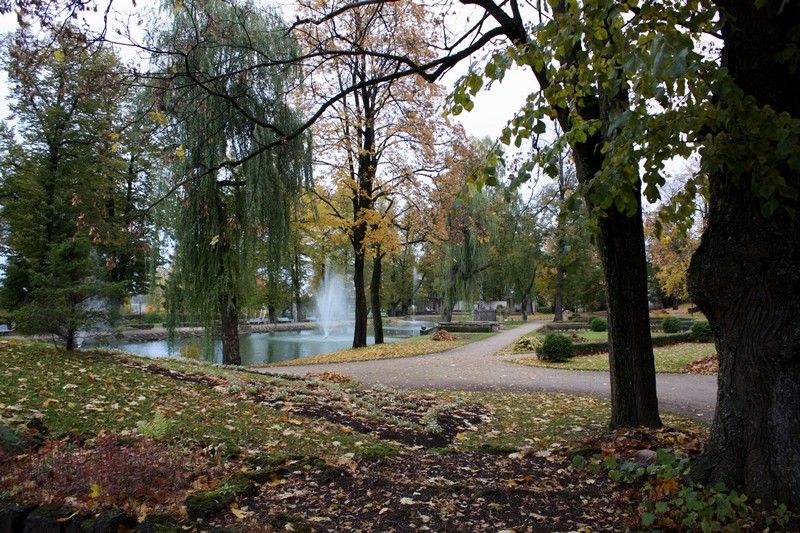 Beer lovers will also not want to miss what lies next to the castle, just besides the Granary that kept the Order well fed during the winters. The oldest brewery of Latvia, Cesu Alus, is located there. It was built in 1878, but despite the late date, the origins of this brewery date back to the medieval days of the Livonian Order.

Besides the castle, the city of Cesis is as well worth the visit. This medieval old town was built in the 13th century around the castle, and it has been expanding since then. It was surrounded by a tall stone wall to defend the members of the Order and the inhabitants of the town from exterior attacks in times of war. It includes buildings of the time such as a church, the marketplace or even old stone road networks that will send you right back to the Middle Ages. 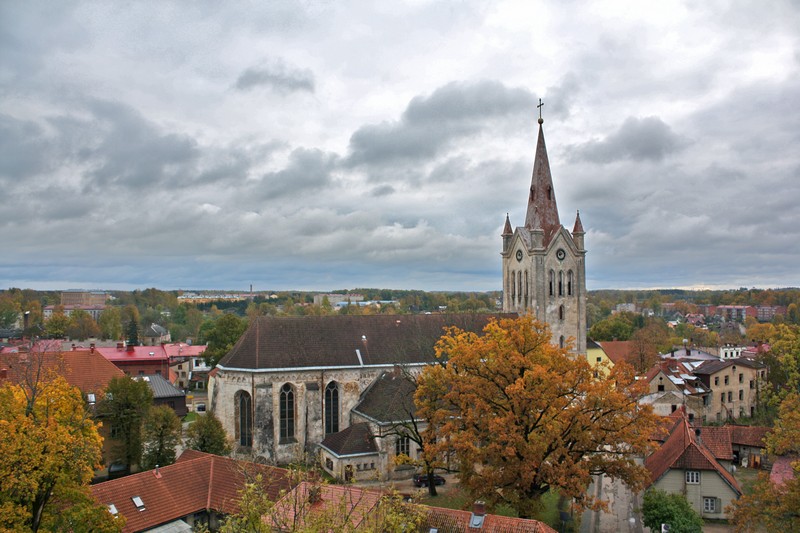 Church in the Old Town of Cesis. Photo by Kyle Taylor.

In more recent times, Cesis became a strategic point and place of a fundamental battle in 1919 when the Germans were defeated in the Latvian War of Independence. Nowadays, besides having a walk around the city and visiting the history filled castle, you can relax in one of the health resorts that surround the town and the Gauja River. Some of them are even said to posses magical powers, able to heal any pain…it could be a great way to charge up your batteries during the Baltic Run, and then keep going into more amazing places like Cesis!

Liked this story? Are you getting that itch to travel and go on an adventure? Then join us on the next Baltic Run. Find a team of like-minded crazies and we’ll see you at the starting line. If you want to join us in the virtual world then drop us a like on Facebook or follow us on Twitter to keep up with our latest antics.
Tags:
Castle Cesis Cesis Castle Cesu Alus Crusades Gauja River Health Resort Latvia Livonia Livonian Order Medieval Middle Ages Wenden