The legend of the White Lady of Haapsalu Castle 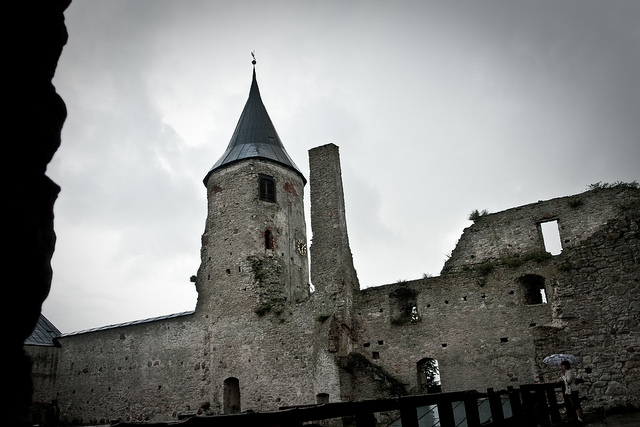 The Castle of Haapsalu is located in the city of the same name, in the north west of Estonia facing the Vaiinameri Sea. This beautiful historical castle and its attached cathedral tell stories from old and forgotten times to its visitors, but also hold a mystery whispering inside its walls: the legend of the White Lady.

The Castle of Haapsalu was founded in the 13th century as the official new residence for the Bishopric of Osel-Wiek, which had been looking for a new place since Lithuanians burned down their previous residence in Perona. The constructions started with the cathedral and monastery, but building the entire Castle took more than three centuries.

The legend of the White Lady of Haapsalu goes back to the early days of the castle, when the Bishopric of Osel-Wiek was reigning. Along with the bishops, in the monastery lived many priests and canons that had sworn their loyalty to the rules of the Bishopric and the monastery. These rules included, among others, the total chastity of the priests in order to lead their path in a virtuous way. To preserve their pureness, the access to the monastery was completely forbidden for women, and the monks and canons rarely went outside. 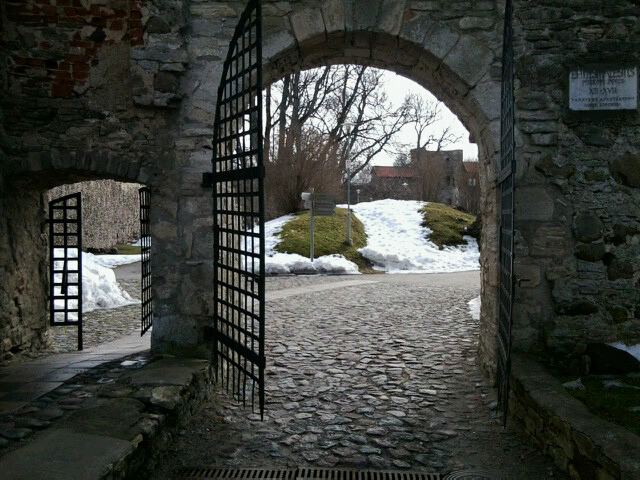 Gates of the Castle. Photo by kyllikit1

According to the legend, one of the canons living in the monastery fell in love with an Estonian maiden during one of his walks outside the castle. She declared her love back to the canon, so in order to be together, the canon brought her secretly to live with him in the castle. She was dressed as a choir boy all the time so nobody else would discover her real identity, which would be fatal for both of them. The plan worked for the lovers for a long time, as nobody bothered to doubt the gender of the new choir boy.

Sadly, that was going to change soon enough. The Bishop, who had been away of the castle for some time aiding other issues, returned to the Castle of Haapsalu. Maybe he had a sharper eye than the rest, or maybe the secret was not so secret as the couple thought, but the maiden caught the Bishop’s attention while she was singing with the choir dressed as a man as usual. The Bishop suspected something was wrong with the choir boy and ordered him to be investigated.

View of the Castle and old monastery. Photo by Ivar Leidus.

Upon investigations, it was soon revealed that the choir boy was actually a woman. The Bishop summoned his council to find exemplary punishments for her and the canon, as women were forbidden to enter the Castle under penalty of death, and the canon had betrayed his sacred vows. Therefore, the evil Bishop came up with the idea of starving both of them to death: he, inside a cell in prison, but for her the Bishop had an even more twisted end: to be immured in the wall of the chapel.

The Chapel was under construction at the time, so the builders left a cavity in the wall where the poor girl was left to die with nothing but a piece of bread and a mug of water, and they sealed the wall leaving her stuck inside. It is said that, for days, her screams and laments could be heard from inside of the wall across the whole monastery.

Ruins of Haapsalu Castle at night. Photo by Amadvr.

The legend affirms that, as her soul could not find any rest after this tragic and cruel ending, it is still wandering the walls of the castle as a ghost, grieving the loss of her beloved man and proving the immortality of love.  Furthermore, she appears occasionally to the human eyes. The legend says that every night of full moon, the White Lady can be seen in the window of the baptistery of the Chapel where she died. 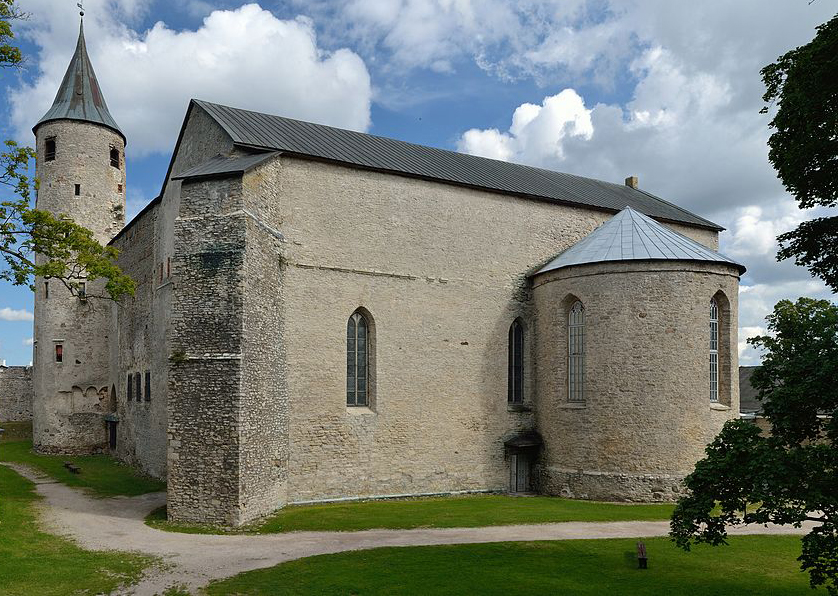 Circular baptistery windows, where the ghost of the White Lady appears. Photo by Ivar Leidus.

The original version of the Legend of the White Lady of Haapsalu Castle was first written down by writer Carl Russwurn. It is hard to decide if the legend was folkloric back then, or originally made by Russwurn, but it has been proved with many of his other writing works that the stories he wrote down had usually a very strong real historical background. Similar legends can be found all across Europe, always ending with the ghost of a lady dressed in white that wanders around the place where she died under terrible circumstances. These stories are referred to as the White Ladies, and the one of Haapsalu is definitely the most famous and feared of Estonia. Its popularity is so big that every August, when the moon is full, there is a festival called the White Lady Days Music Festival in Haapsalu to commemorate the death of the White Lady.

Whether the legend is true or not, Haapsalu is definitely a worthy stop on the route of the Baltic Run-and, who knows, if you are lucky enough to cross it during the full moon, you may spot a female silhouette waiting behind the baptistery window: the White Lady of the Castle of Haapsalu.

Liked this story? Are you getting that itch to travel and go on an adventure? Then join us on the next Baltic Run. Find a team of like-minded crazies and we’ll see you at the starting line. If you want to join us in the virtual world then drop us a like on Facebook or follow us on Twitter to keep up with our latest antics.
Tags:
bishopric of osel-wiek Castle of Haapsalu Cathedral of Haapsalu Estonia Estonian legends ghost stories Haapsalu haapsalu chapel legend legend of the white lady love Medieval medieval stories monastery White Lady White Lady Days Music Festival