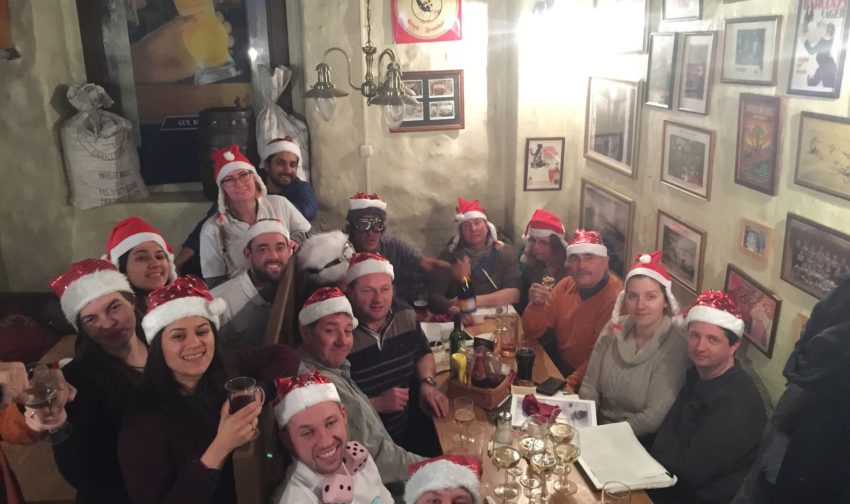 Days 8 & 9 of the Baltic Run began with hangovers and ended with celebrations. In between … it was very cold!

Day 8: Starting with a Hangover! 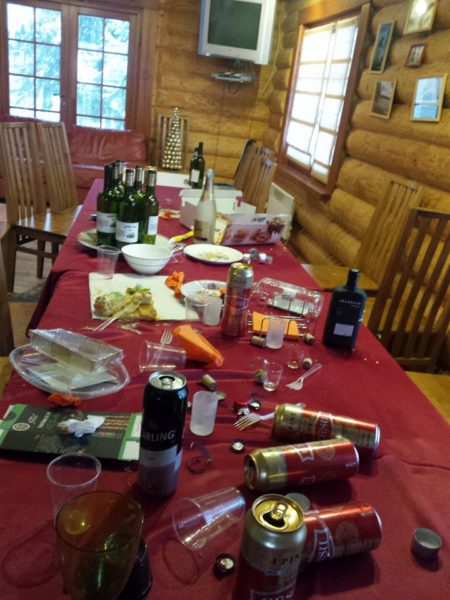 Remains of the night before

We started another beautiful day of snow-filled adventures, but not very early. The reason being, the birthday party for Dirk , of team Deepzone, had gone on deep into the night. In the morning, after having breakfast, some participants went to see the frozen lake near our guesthouse. That day we had to go all the way from Eastern Latvia to Eastern Estonia but some of the teams still found time on the way, to stop at the highest peak in the Baltics – Suun Munamag (Egg hill), which is 318 meters above sea level. 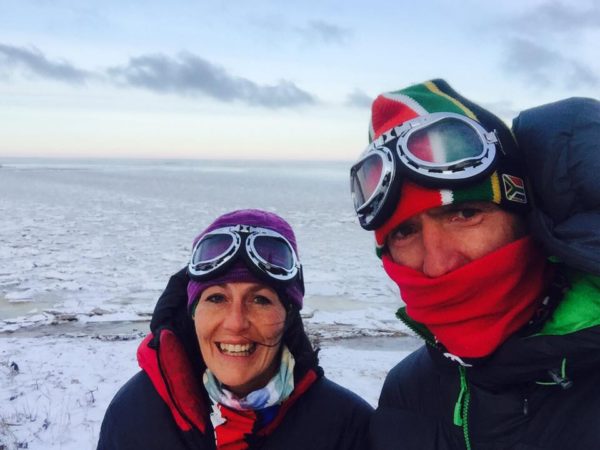 It started snowing heavily on the way to Estonia, so we were all advancing slowly. The temperature was – 13 degrees, but because of the strong wind, it felt like – 25! So when we finally got together in the hotel in Tartu, everyone a hot meal and a drink. We went to The Gunpowder Cellar, which claims to be ‘the highest pub in the world’ due to its high ceilings. After enjoying some local dishes, and a live band’s performance, we headed back to the warmth of our hotel, and some of us continued relaxing in the English pub. 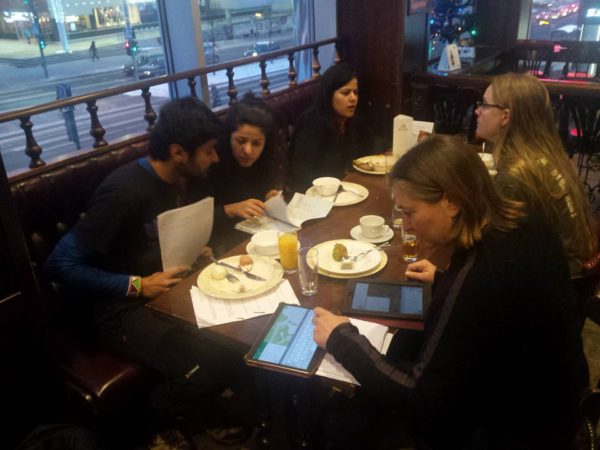 The final day of the Baltic Run 2017 started with an early morning drive to the Kallaste mining museum, where we enjoyed a guided tour in the mine. From there we headed to our final destination: Tallinn. The journey was accompanied by a lot of snow, blizzards, strong wind and -15 temperatures. We drove along Peipsi Jarv (the lake between Russia and Estonia) which was so frozen that we could walk on it! 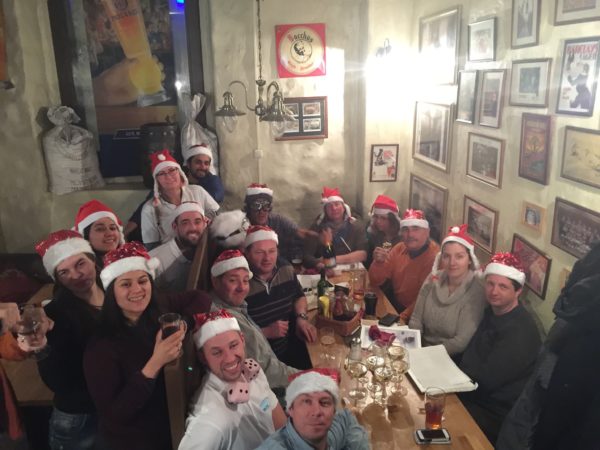 Everyone made it to Tallinn just in time to rest a bit before the Finishers’ Party. We all went to have dinner and drinks in a restaurant in the old town. Then it was time for the finishers’ ceremony, and a small speech by our lead organizer Attila. First we announced our photo contest winners: Barfeeli, Wildsome Volvo and Hakuna Matatu, all took such incredible photos of the Baltic Run, that we decided all of them deserved prizes. Then we announced the most important prize: official Rally winners. Teams were given different tasks that they had to fulfill on their way to the next destination, for which they received certain number of points. The big winner this year is team Oachkatzl – Christian and Christina Baumer from Germany. They won a remote-controlled car and (more importantly) the prestige of winning. All teams received frame certificates for participation in the rally, and everyone got a Santa hat, which (as you can see!) were worn until the end of the evening. 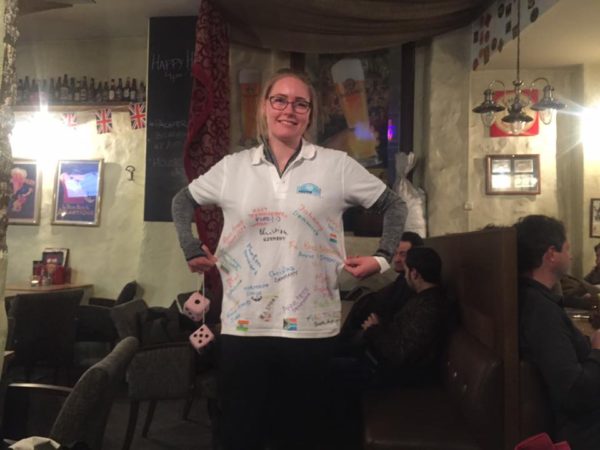 Then we had another great team-building event: playing a board game created by Annie from team The Roadblockers. Annie wrote on pieces of paper all of the mishaps and memorable events that we had throughout the Run. Then we had to throw the most famous dice in the whole Baltics – the one that team Wildsome Volvo from Denmark were carrying everywhere with them.

The Baltic Run 2017 was undoubtedly a very cold, snow-filled adventure, but at the same time we had many warm moments together, and will all keep in touch. In the end, all 7 participating teams, and the organizers’ team, became one team: the Baltic Run 2017 team!

Liked this story? Are you getting that itch to travel and go on an adventure? Then join us on the next Baltic Run. Find a team of like-minded crazies and we’ll see you at the starting line. If you want to join us in the virtual world then drop us a like on Facebook or follow us on Twitter and Instagram to keep up with our latest antics.
Tags:
adventure rally Baltic Run baltic run prizes cold Estonia finsihers party ice Latvia minimal assistance adventure rally snow travel scientists