Locked Up in Latvia 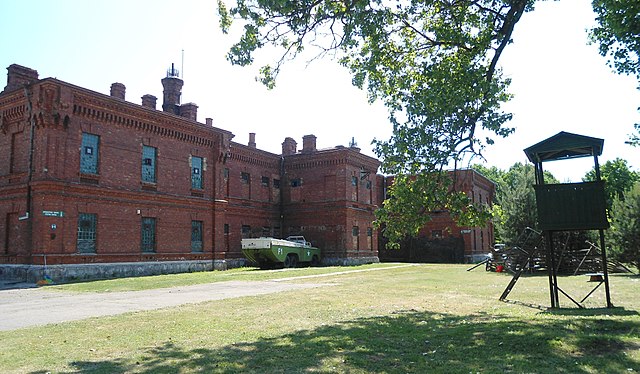 Ever fancied spending the night in a prison? Have you been bad and deserve a good locking up? Then come to Latvia! Karosta prison just outside the town of Liepāja provides the authentic soviet severity you’re craving on this trip, and whether or not you’ll spend the night, you’ll still get a good taste for life as an inmate back then.

The story of a military prison

Even though Karosta prison is touted as a soviet landmark, the building itself actually dates back to the early 1900s, when it was built with the initial plan for it to become an infirmary. However, before the building was even completed, it became a military prison, which functioned as a detention facility as far back as 1997. The Tsarists, then the Nazis and the Soviet Union all used it as a prison some point in its hundred-something-year history. Today it’s a tourist center housing a museum and the chance to experience harsh prison life for yourself.

You can check out Karosta Prison during the day with no obligation to get locked up, and it’s worth seeing even just as a flying visit. There are daily tours running from midday to 5 p.m. in Latvian, Russian, and of course, in English, which offers an insight into the history of the prison, how disobedient soldiers were punished and so on. You’ll get an idea that life wasn’t cushy here at all, since when prisoners were not sat dank, draft cells for 6 hours per day, they would be out being forced to take gruelling exercises and hard work. Does that sound like your idea of fun? Read on… 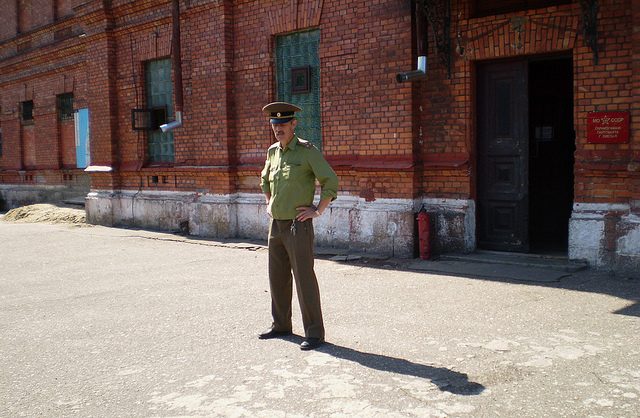 Perhaps you want to brag to your mates back home that you got to spend the night in a Latvian prison, then you can do that, but be warned, only opt in to become an inmate if you have what it takes.

Being locked up for the night means regular bed checks, Soviet guards yelling abuse at you and if that’s not enough torture for you, just wait till you use the loo… which is dubbed in the Lonely Planet as being the “world’s most disgusting latrine.”

Still want to do it? You’ve also got the option of booking into solitary confinement for the night in cell number 26, where you might not get yelled at, but if you’re scared of the dark, this pitch black cell might be more nightmarish than the interactive experience.

If you decide to get an early parole if you find the prison experience too much, you can opt out, but you won’t get your money back.

More than just a prison

Karosta is not just a prison, but it was an independent city built around its massive military fortifications under the Russian Tsar Alexander III. It was a city closed off to civilians under the Soviet regime, even for its neighbouring citizens in Liepāja, occupying a third of the city in fact. It’s a unique neighbourhood anyone can visit now, but has been abandoned today. The ghost town is a fascinating echo to Latvia’s past, and is one of the more unusual places we’ll come across on the Baltic Run.

Liked this story? Are you getting that itch to travel and go on an adventure? Then join us on the next Baltic Run. Find a team of like-minded crazies and we’ll see you at the starting line. If you want to join us in the virtual world then drop us a like on Facebook or follow us on Twitter to keep up with our latest antics.
Tags:
Karosta prison Latvia