The Beautiful Estonian Diving Spot That is Also an Underwater Prison 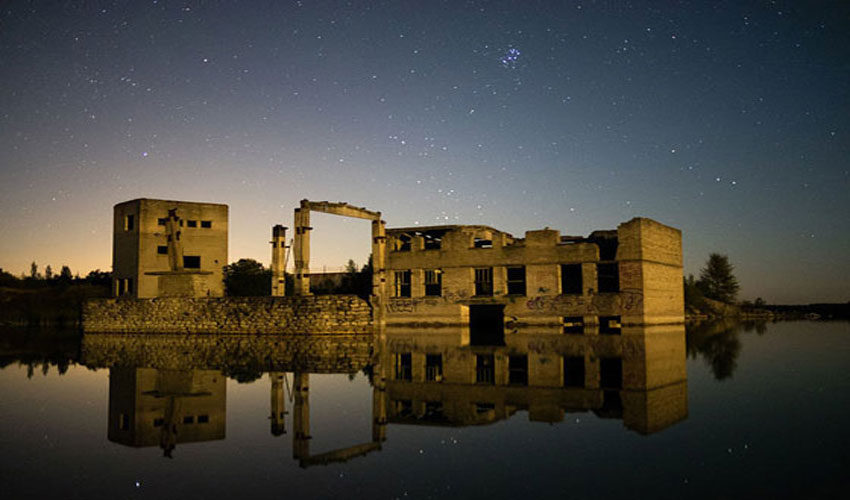 Heard of the game “just one in common”? Don’t worry, we neither till the other day. Turns out it’s the best thing for journeys, vacations, or any occasion at least two of you feel like matching the stretch of your imaginations to that of the time on your hands. Okay, second best thing. Anyway, as you might have guessed, it involves finding two very separate and unrelated worlds that nevertheless manage to accidentally overlap by a tiny sliver (examples: Star Wars + Islam : black shrouds, lamas + wine tasting : rapid-fire spitting, etc.). Well, it’s just such an intersection we’ve arrived at today, as our subject overlaps with both our previous pieces on just a single point each (apart from both being in Estonia, of course – click here and here to see). Okay, we’ll tease you no further but shift our wide-eyed gaze to…

The gruesome ruins of this prison are submerged in the quarry lake where the convicts were once made to work. They probably never would have imagined that the site of their forced labor would someday morph into a serene diving spot. But morph it has, because the world is strange, time is long and, most importantly, nature will have its way in the end.

Who built the prison?

It all began way back in the 1940: the imposing, grim stone edifice – turned – beach- attraction was established then by the Soviet Union. They carefully picked a convenient location: the lip of a limestone quarry in which the inmates were forced to toil away.

Why is it under water now?

But the seemingly impassable walls of the prison were only to last until 1991, when Estonia regained its independence. As you know, the Soviets left, and many of their institutions became abandoned, including the prison at Rummu. The quarry, like nearly all quarries, needed to be continually pumped clear of the rising ground water, and with no one left to do this in the post-Soviet vacuum, nature duly reclaimed the quarry, creating a new lake with alarming speed.

Was everything swallowed up by the new lake?

Pretty much. It all happened so rapidly that many of the mining machinery and even some of the buildings were swallowed whole by the rising waters. Today, you can still make out some of the former prison on land, and some sorry bits sticking out from the crystal clear lake. The spot has an inimitable vibe, and has become a huge favourite of adventurous beach goers and divers who spend hours mesmerized by the sunken ruins beneath the waves.

So how can I get there?

Easy, even if you don’t feel like driving it, there are several buses a day from Tallinn, as you can see here. Pretty nifty way to round off your Baltic Run, if you ask us. If you do decide to go, do drop us a line on the rebound to share the joy.

Liked this story? Are you getting that itch to travel and go on an adventure? Then join us on the next Baltic Run. Find a team of like-minded crazies and we’ll see you at the starting line. If you want to join us in the virtual world then drop us a like on Facebook> or follow us on Twitter and Instagram> to keep up with our latest antics.
Tags:
1991 Baltic adventure Baltic Run Baltic States diving in estonia Estonia Estonian estonian prison hidden gems in estonia post soviet era post-soviet rummu swimming in estonia Tallinn underwater prison