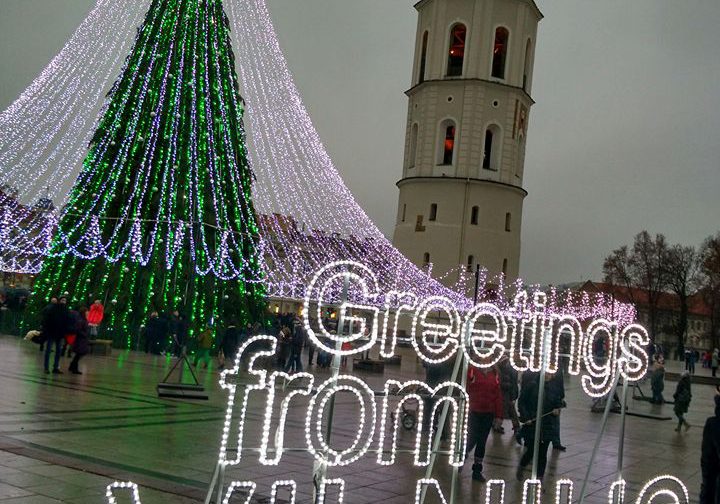 The Baltic Run continued apace on days 4 & 5, as participants celebrated the end of 2016 in Lithuania, before setting off for Latvia. 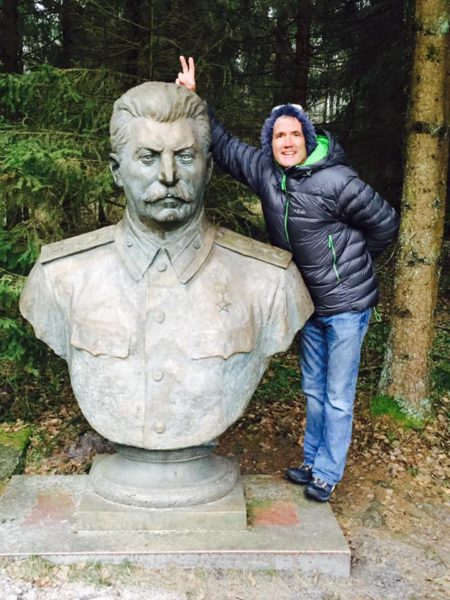 Before leaving Druskininkai everyone checked out the Christmas trees on the square in front of the hotel – there was an interesting collection of Christmas trees made from all kind of different materials by various companies. Serves as advertising, of course, but the idea was cute – each company had a different tree – some made from umbrellas, others from fruit crates. En route there was the option to stop at Grutas park, a weird place where you can find statues of various Soviet leaders. Pictured above, one of the participants with one of the least popular figures in Baltic history… 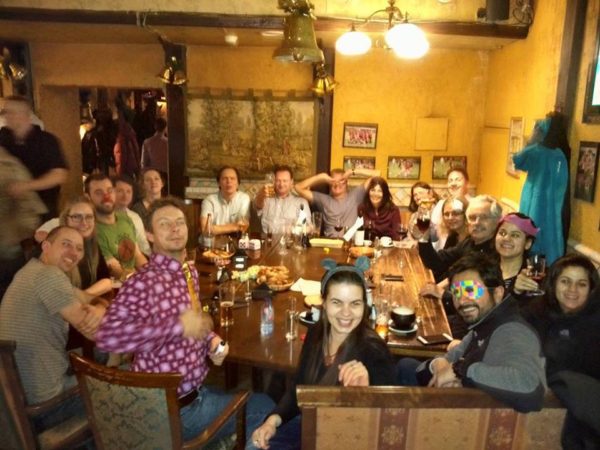 Everyone got to Vilnius in the early afternoon, had time to walk around the city, and at 19:30 we all gathered in the hotel lobby, took taxis and went to the restaurant that we had booked for the celebration. We played some tetris with the tables to make ibt possible for all of the participants to sit down together; played various games, and did a video to congratulate the Rickshaw Challenge teams in Tamil. Check the video out on the Baltic Run Facebook page! Before midnight we went out to the square in front, with some of the teams heading to the main square to enjoy the fireworks and celebrating 2017. 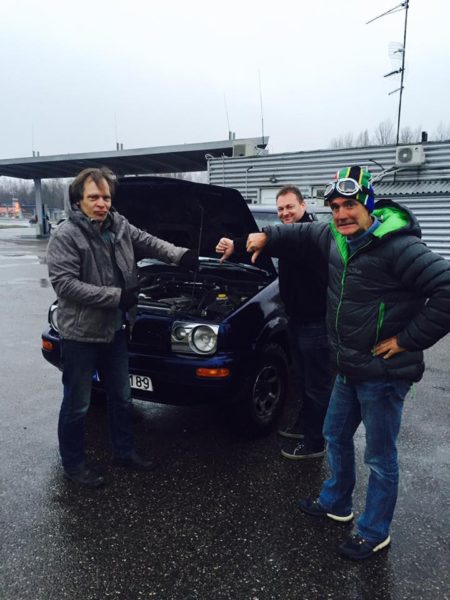 2017 started with a Very Big Bang for team Hakuna Matatu (pictured above). They lost their exhaust, and so the others could here them coming from miles away! Despite most of the teams celebrating the New Year until late, everyone all got up relatively early, so we had breakfast and we left for Leipaja, in Western Latvia. Once there we went to Karosta, a former prison. Here we were treated like prisoners for about 90 minutes which was a great team-building exercise, and surprisingly good fun.

Liepaja: “the city where the wind was born” 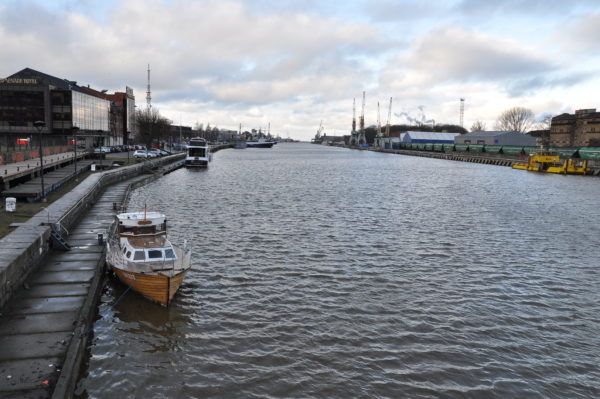 Went to hotel, which was a very fancy place owned by a Danish artist. However, Liepaja is the “city where the wind was born”, and it turns out it hasn’t moved away yet! It was so chilly that we didn’t even go out for a walk but we had dinner in the hotel restaurant and afterwards everyone gathered in the lobby to relax.

The Baltic Run is great … but don’t take our word for it. It was maybe best described by a participant a couple of years back, once the minimal assistance rally was over: “The Baltic Run done. 8 days, 2300 km, 5 hotels, 1 guest house, 3 Spas, 2 prisons, 3 ex-Soviet nuclear rocket bases, 1 bunker, 1 KGB quarters, 1 seaplane harbor, couple of tourist traps, 7 new friends, 2 broken cars, 2 ferries, 2 bobsled runs, few (dozens of) beer, and divine pig leg.” We couldn’t have said it better ourselves.

Liked this story? Are you getting that itch to travel and go on an adventure? Then join us on the next Baltic Run. Find a team of like-minded crazies and we’ll see you at the starting line. If you want to join us in the virtual world then drop us a like on Facebook or follow us on Twitter and Instagram to keep up with our latest antics.
Tags:
Baltic Run baltics Estonia Grūtas Park Latvia Liepaja lithunaia minimal assistance rally new year's eve snow vilnius